If you've been searching for the best source of information and stimulating discussion related to Spring/Summer/Fall backpacking, hiking and camping in the Sierra Nevada...look no further!
Post Reply
14 posts

Ansel Adams Wilderness, east of the Ritter Range is a magical place, especially when bright colorful wildflowers, lush green meadows, active streams, and snow-patched granite spires call for your attention. It is a desirable location for many backpackers and day hikers, making solitude here rare. Giving a nod to spectacular scenery over solitude, I selected this area for a trip with my brother. My strategy was to avoid popular camping locations.

We started out of Agnew Meadows, followed the trail past Shadow Lake, turned north onto the JMT and eventually diverted to modest Clarice Lake for the evening. Our destination the following day was the tarn above the west end of Garnet Lake. It is no more than 3.5 miles away along the north shore of Garnet Lake, but I wanted to show my brother Thousand Island Lake so we added another ~3 miles by looping around Thousand Island and returning over Garnet Pass. 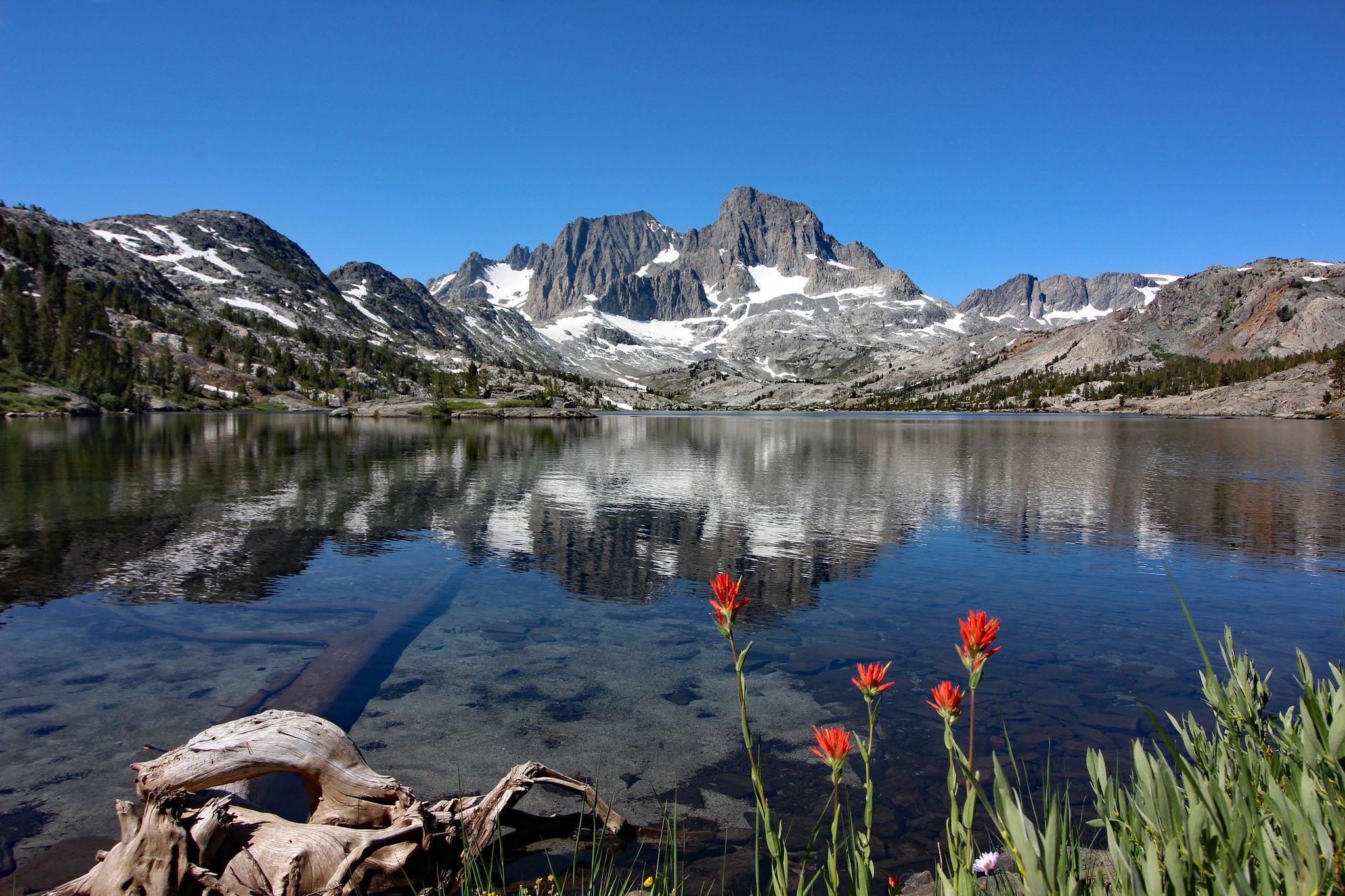 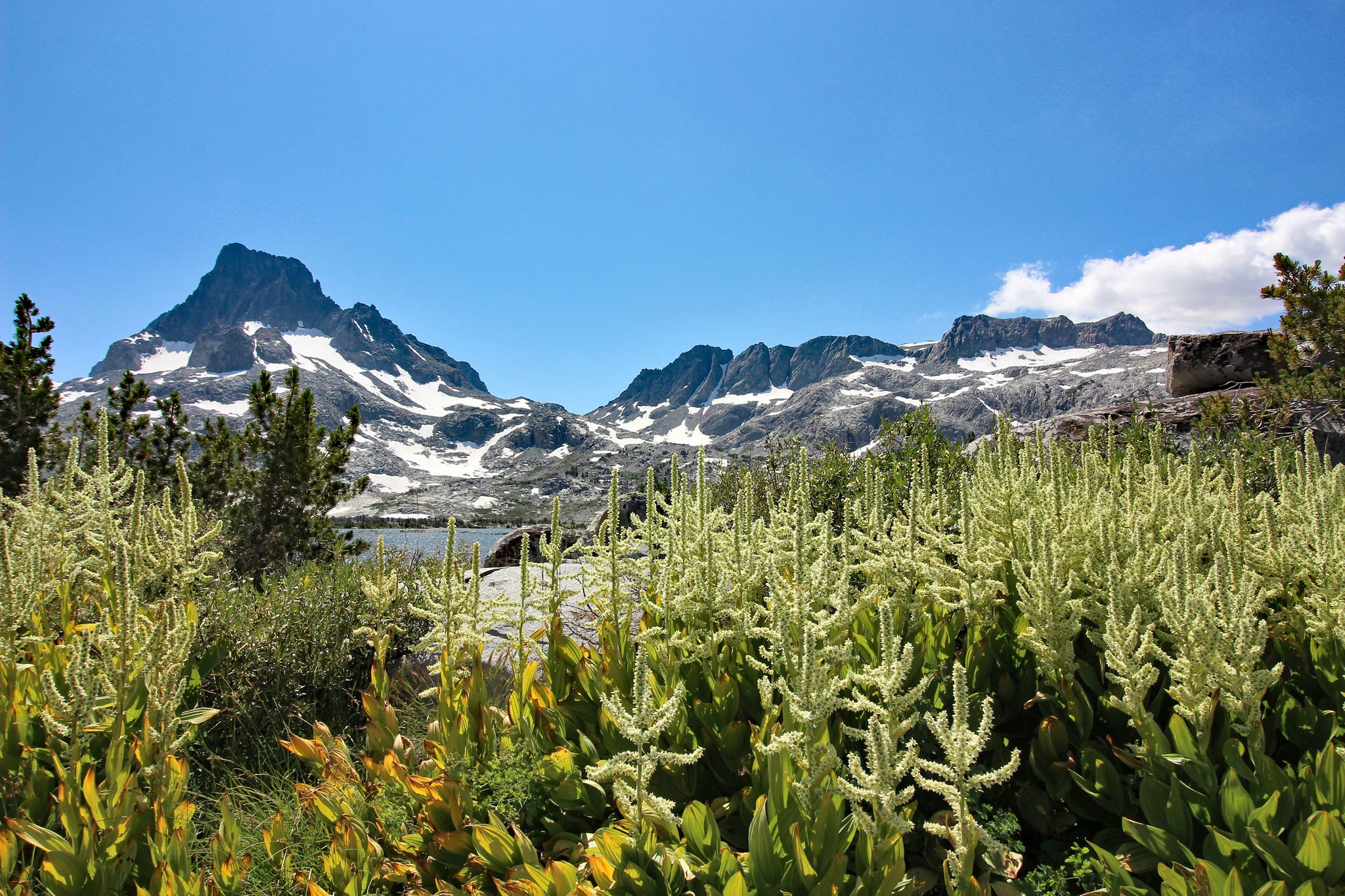 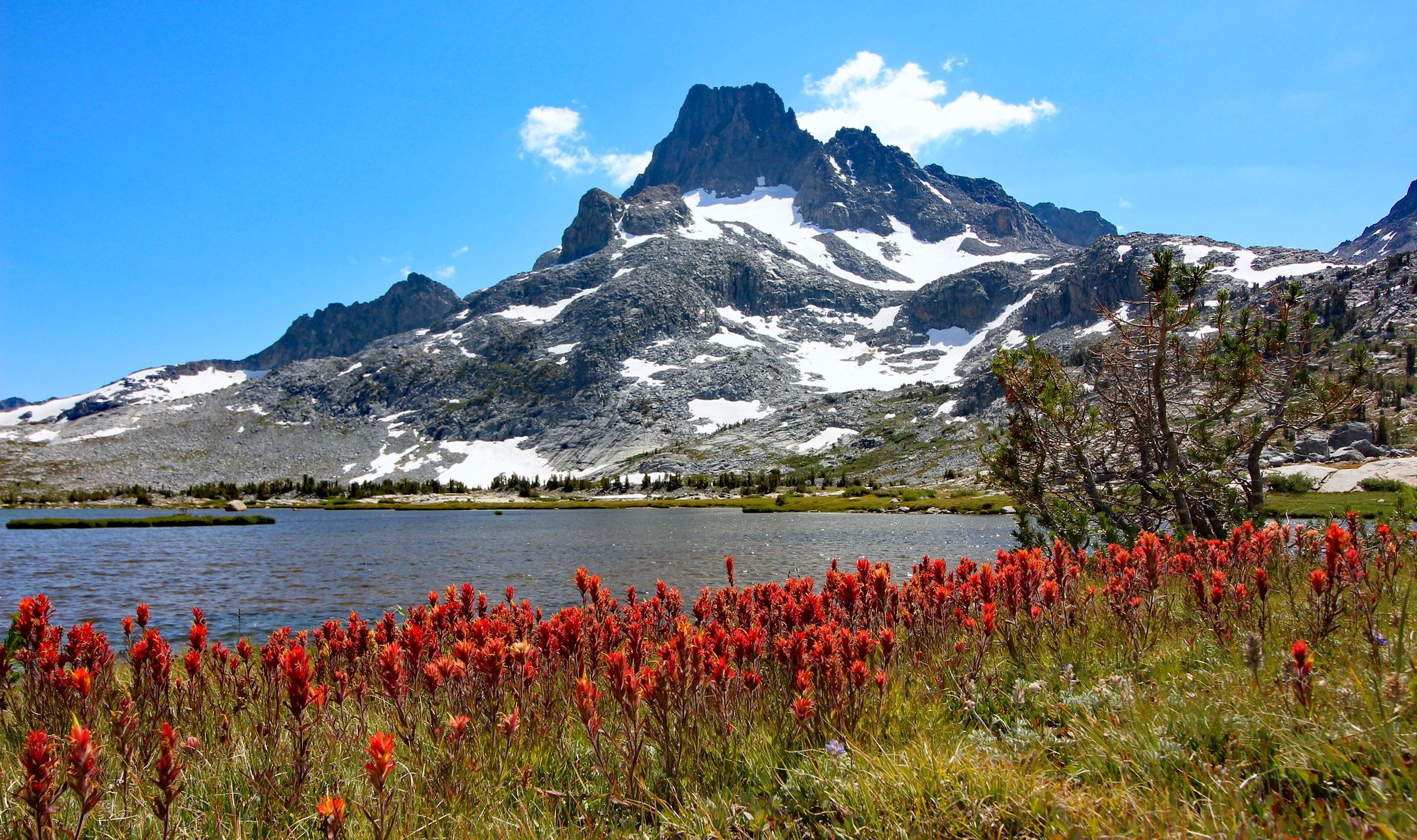 Day 3 included a climb over rocky and steep Whitebark Pass. Over the previous weeks, I monitored Caltopo’s hi-res satellite photos and saw our chance of success increase as the snowfields shrank. We would not need to take an alternate path back to the JMT. After tiring of climbing over talus, we reached the left side of the large snowfield near the top. Here, we had to climb up ledges and scramble to the left into a large chute for the final ascent to the top, getting our first views of the Minarets. We crossed above Nydiver Lakes, past the first tarn to its west at about 10,300’ and ended up at the snowy 10,100’ tarn at the base of Mt Ritter and Banner Peak. Spectacular scenery AND solitude. Although we did see a solo climber descending from Mt Ritter. Multiple waterfalls flowed down Mt Ritter into the tarn on its way to Ediza Lake and Shadow Creek far below. 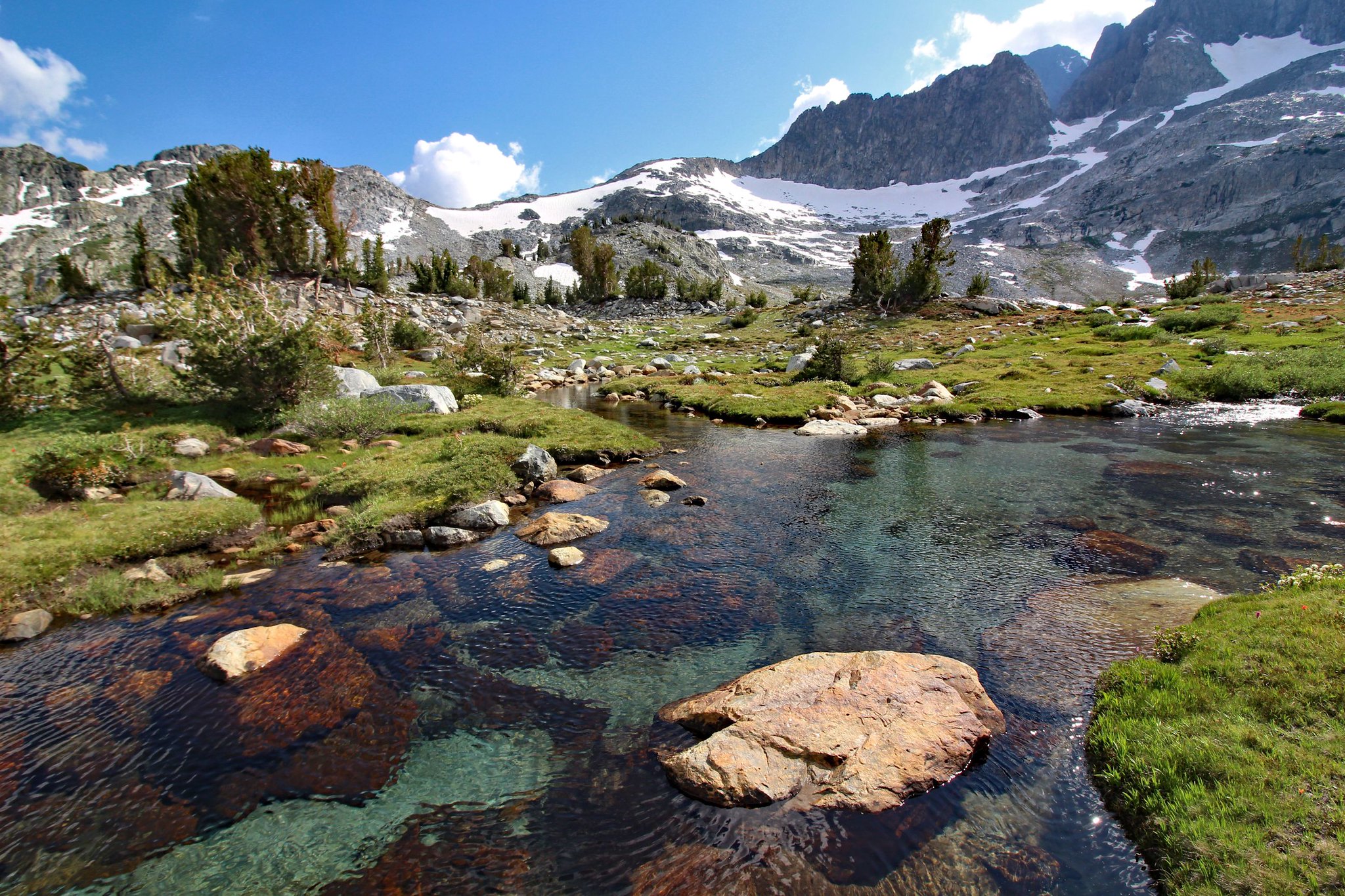 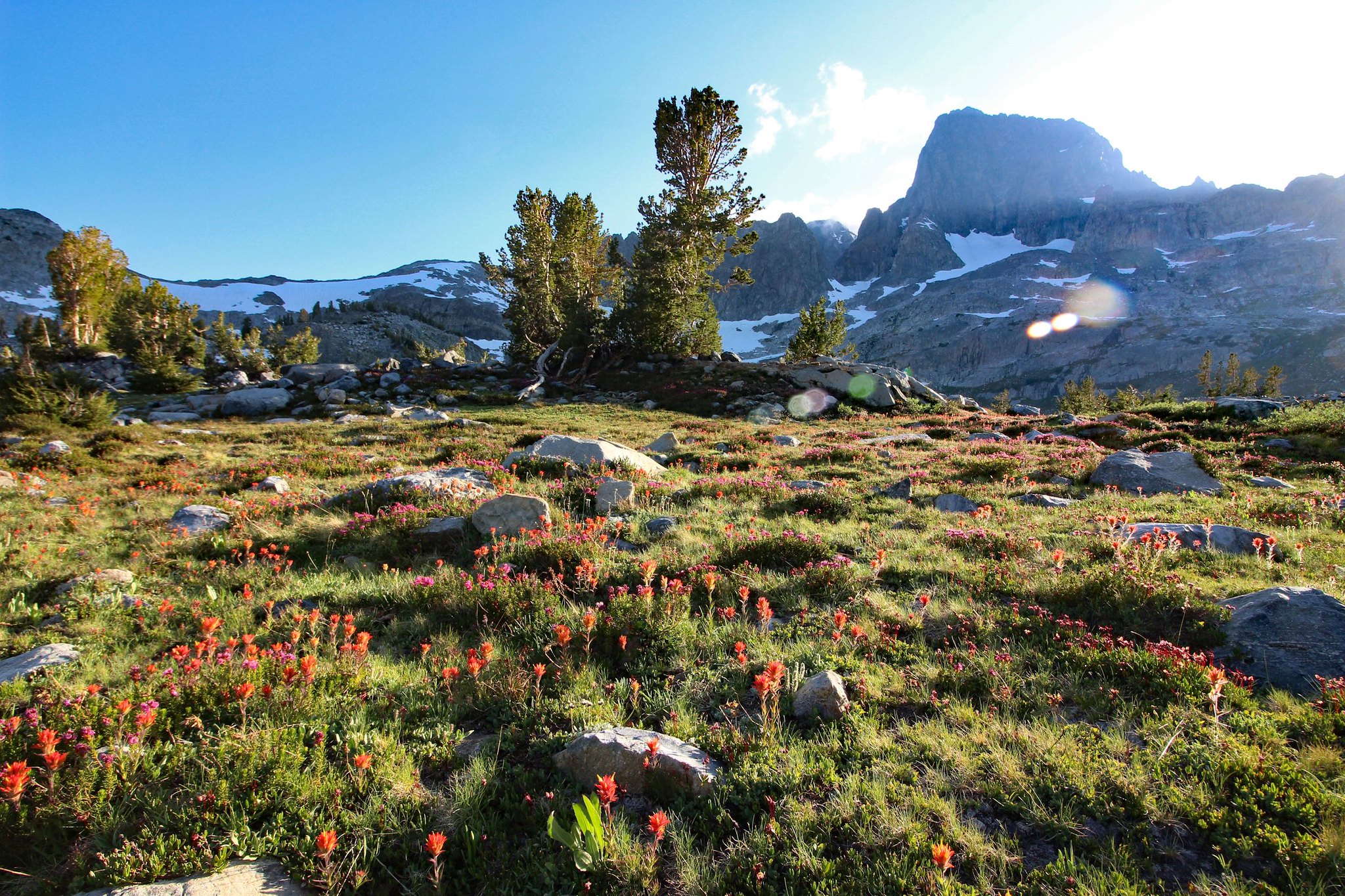 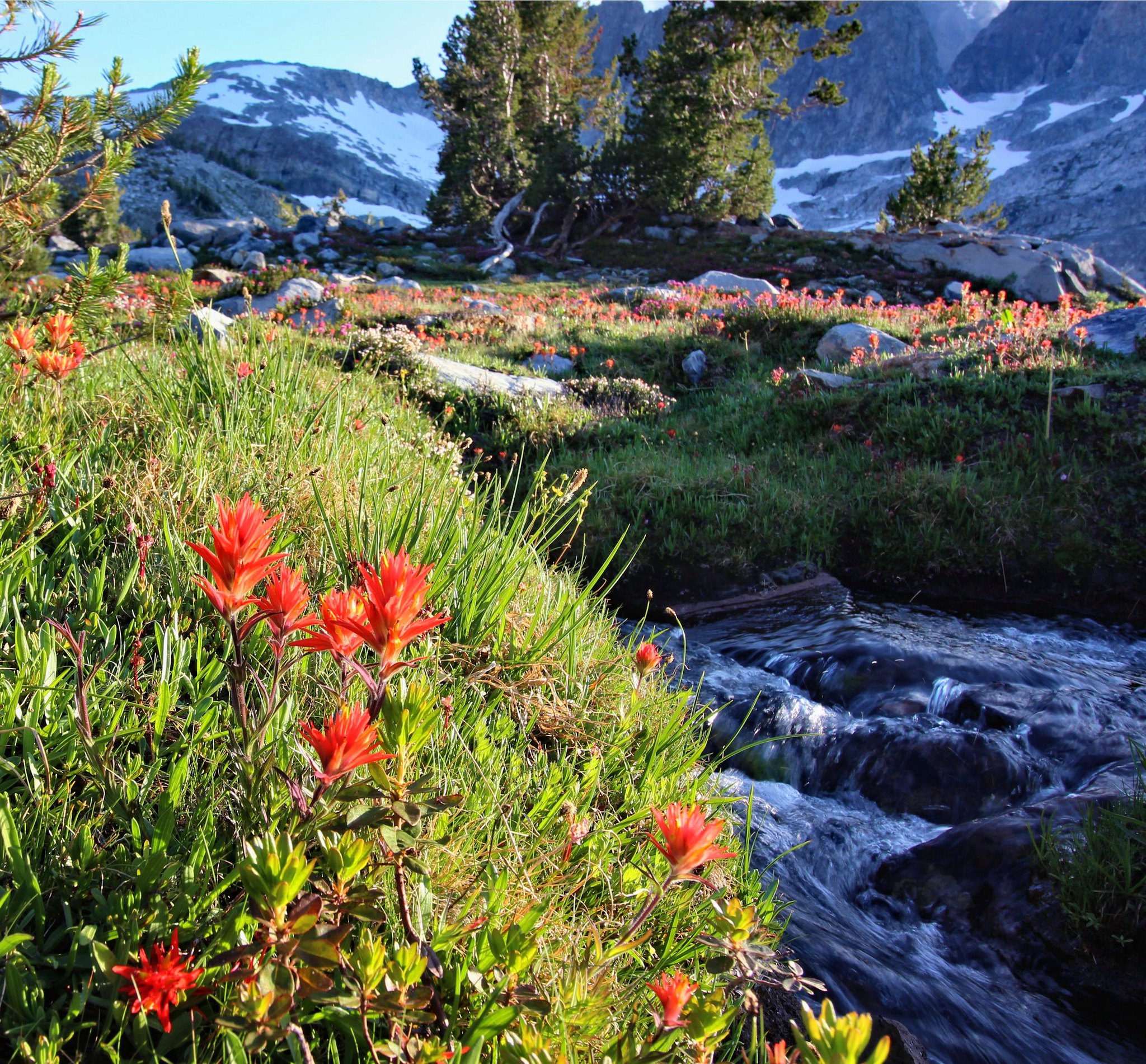 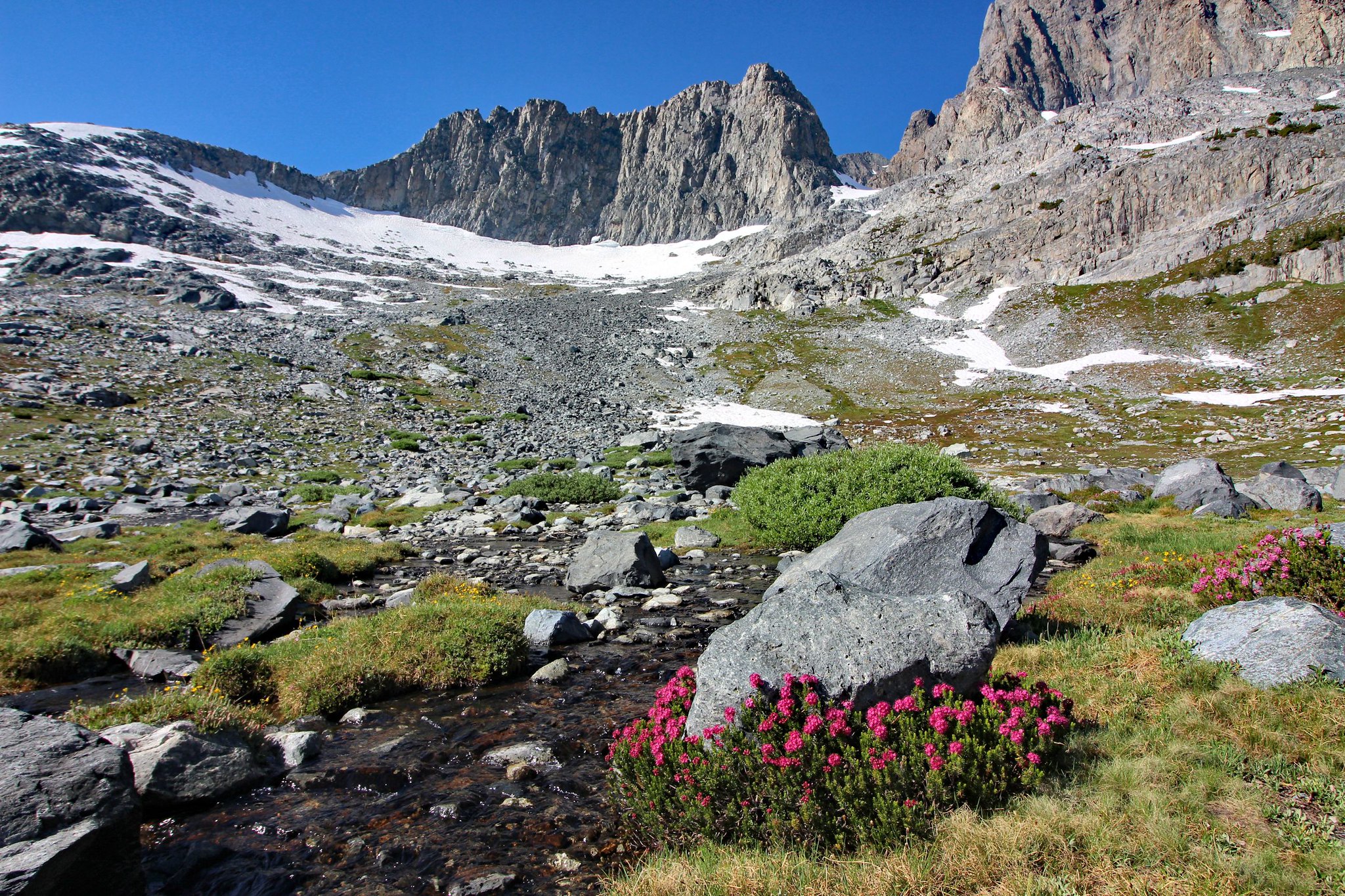 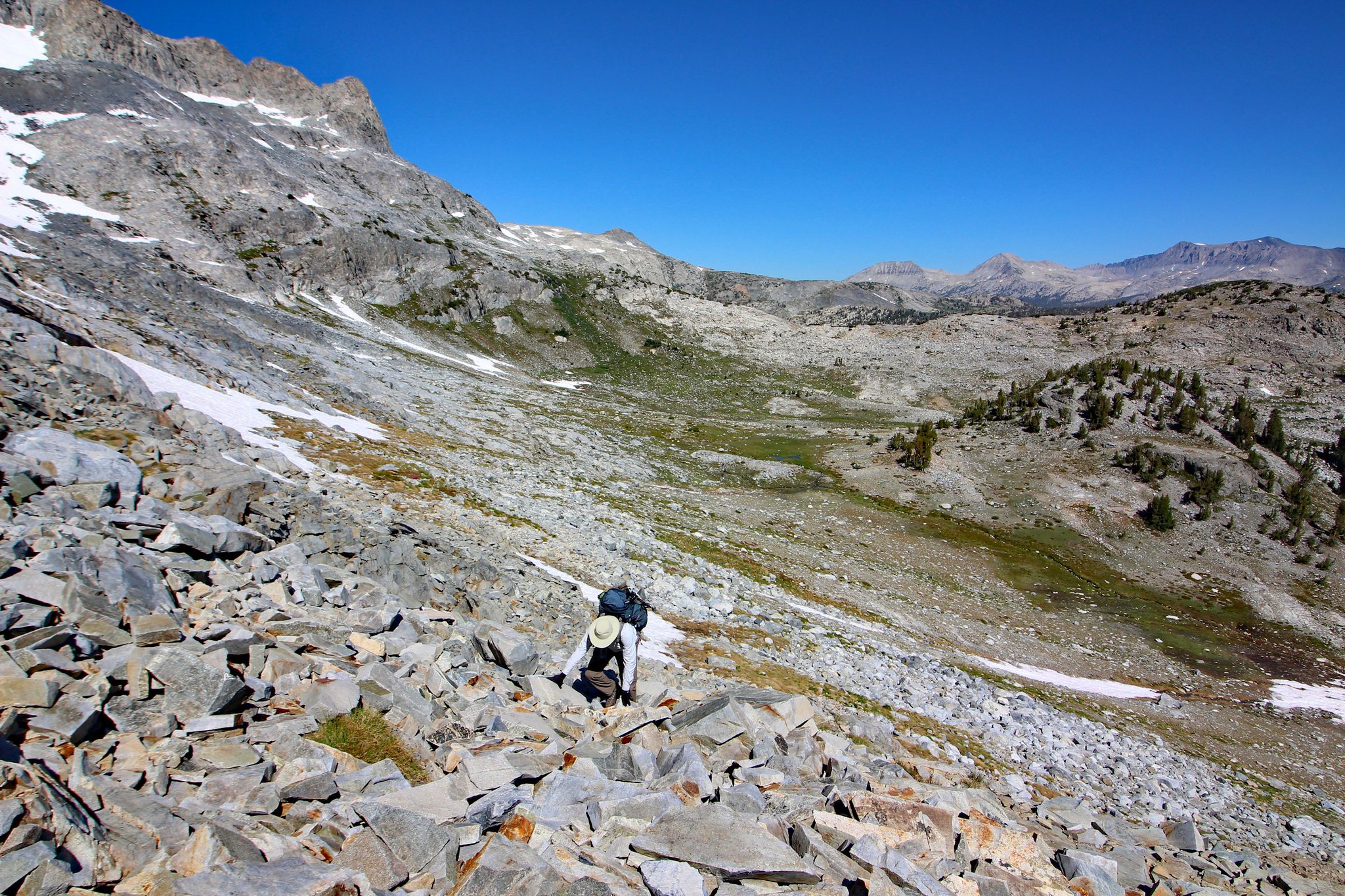 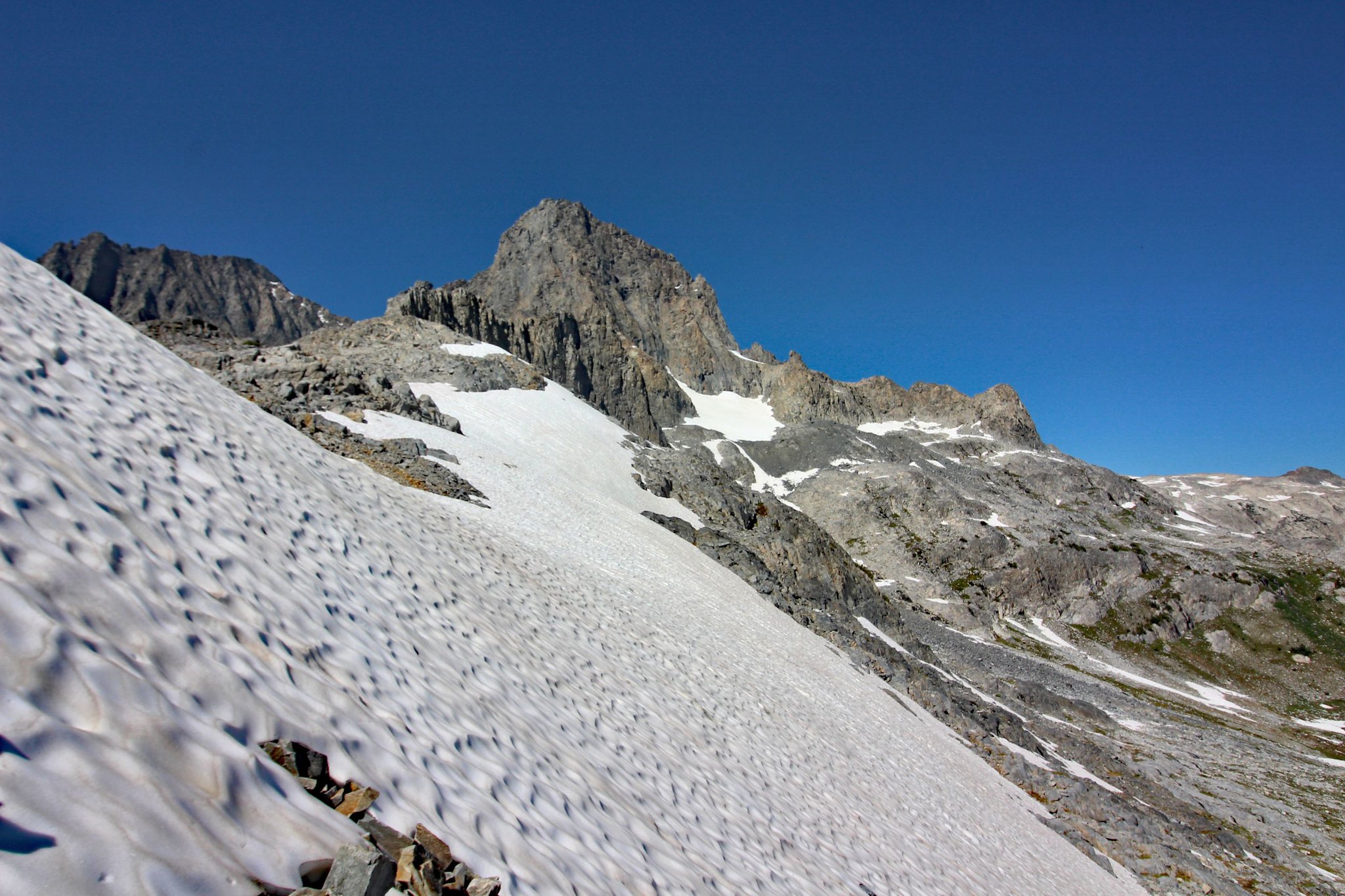 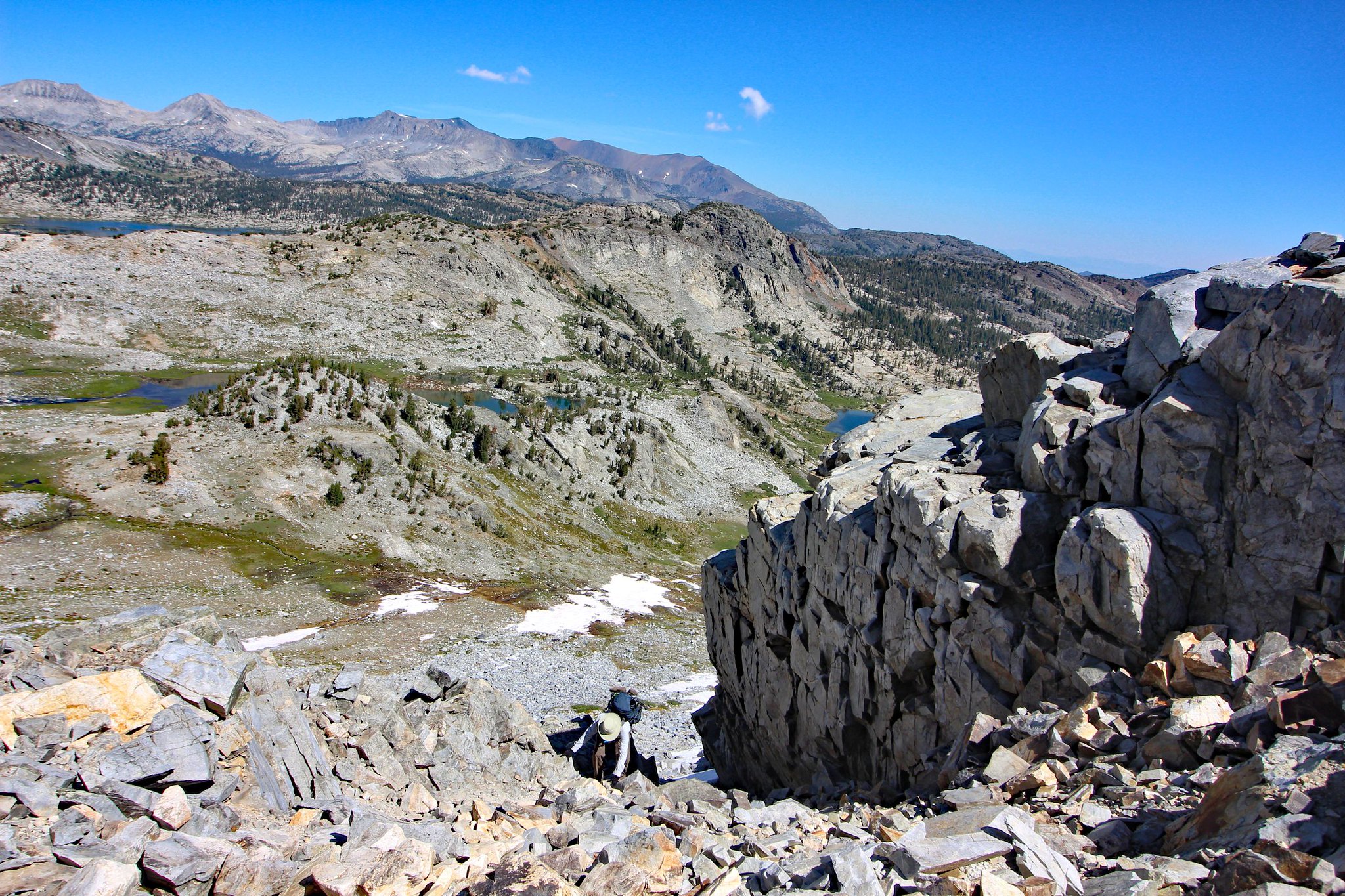 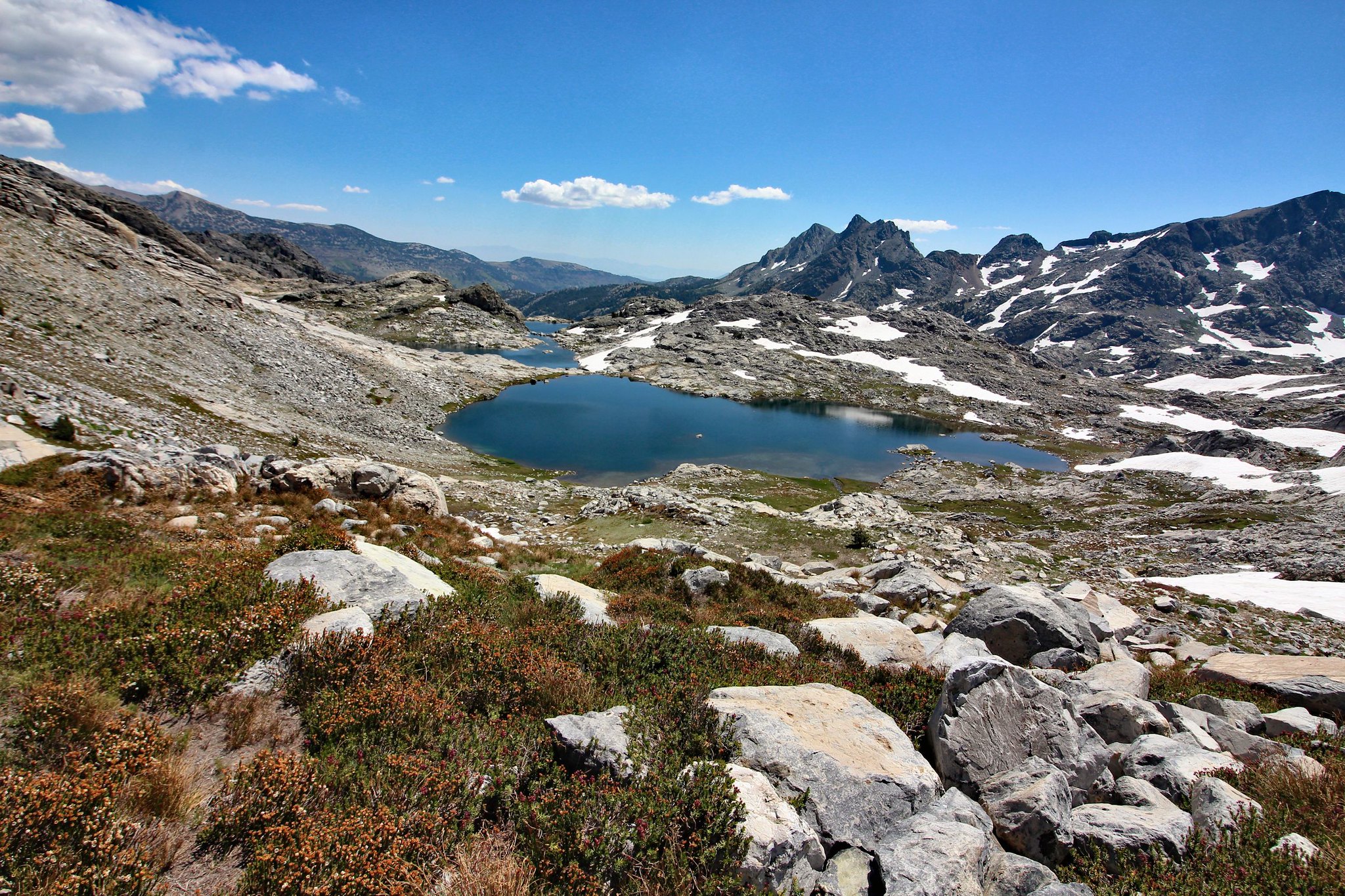 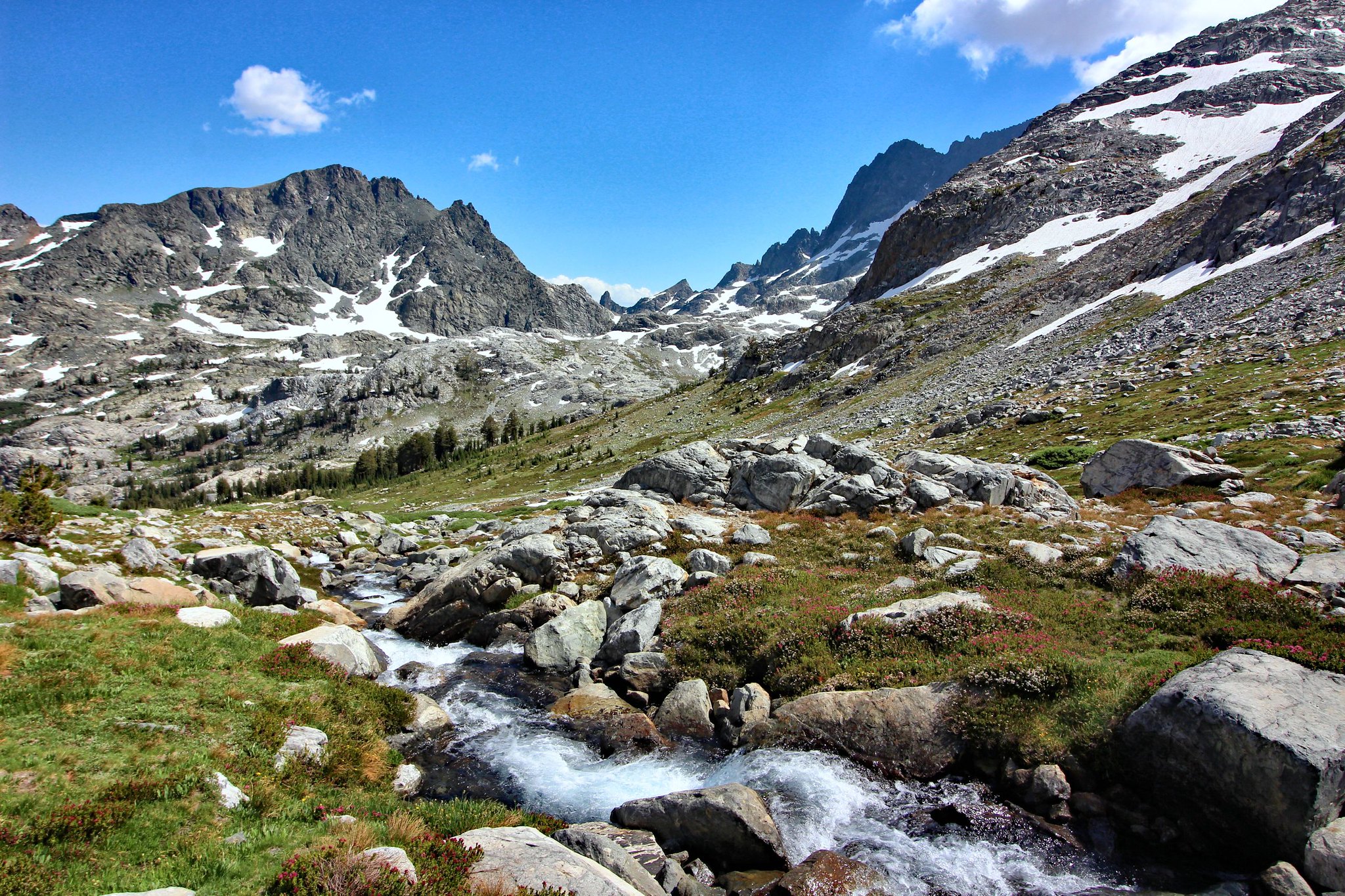 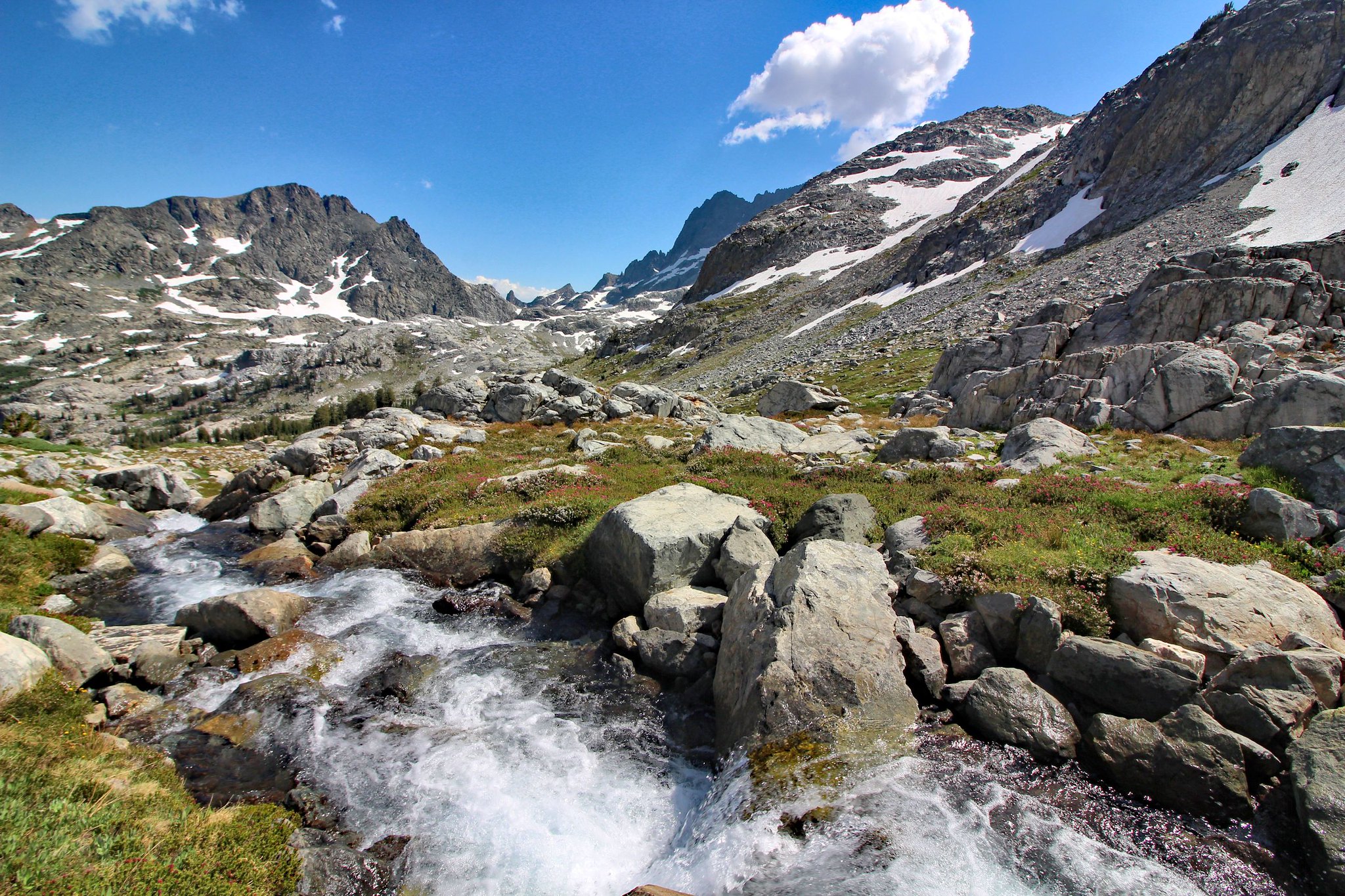 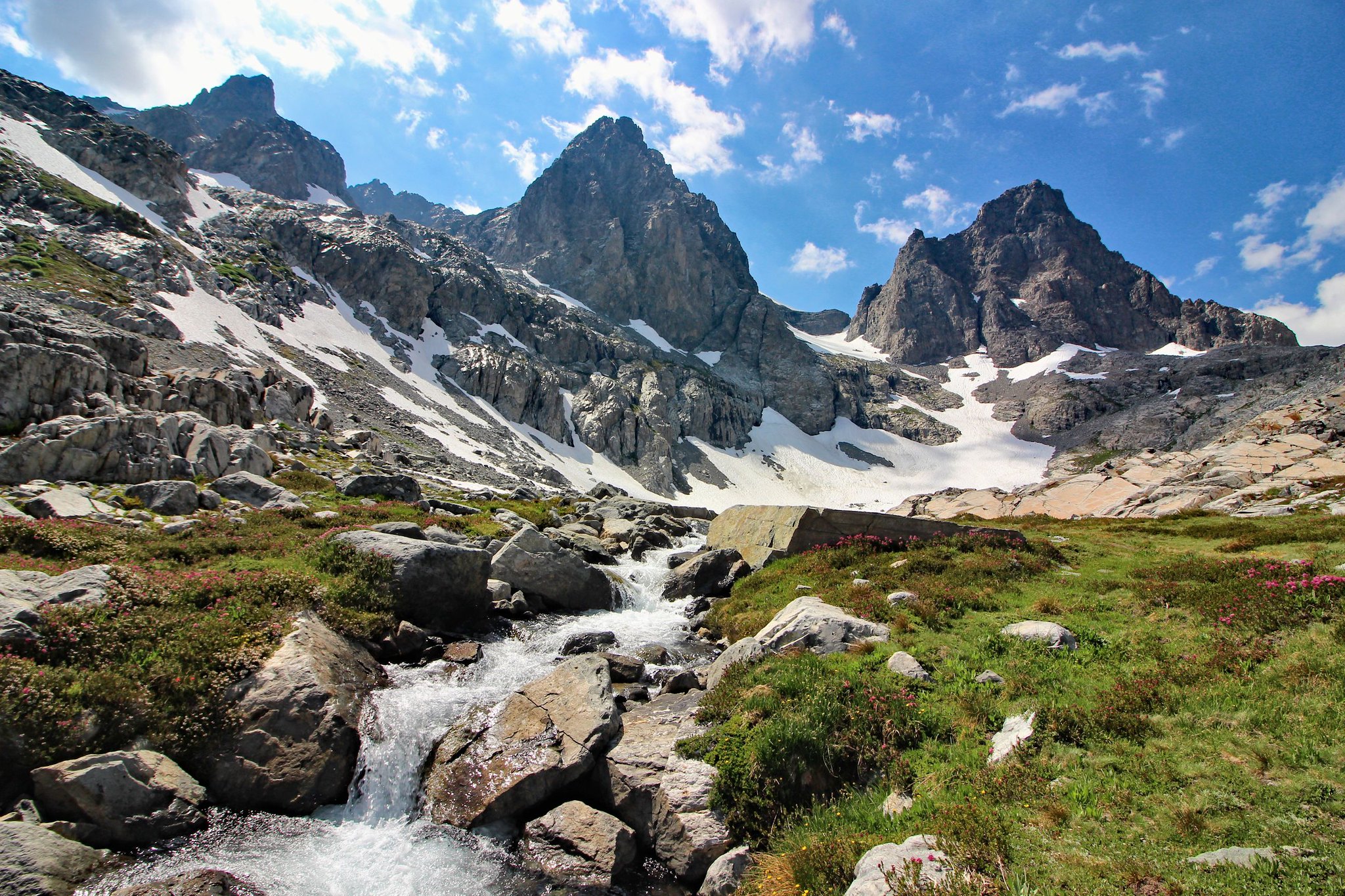 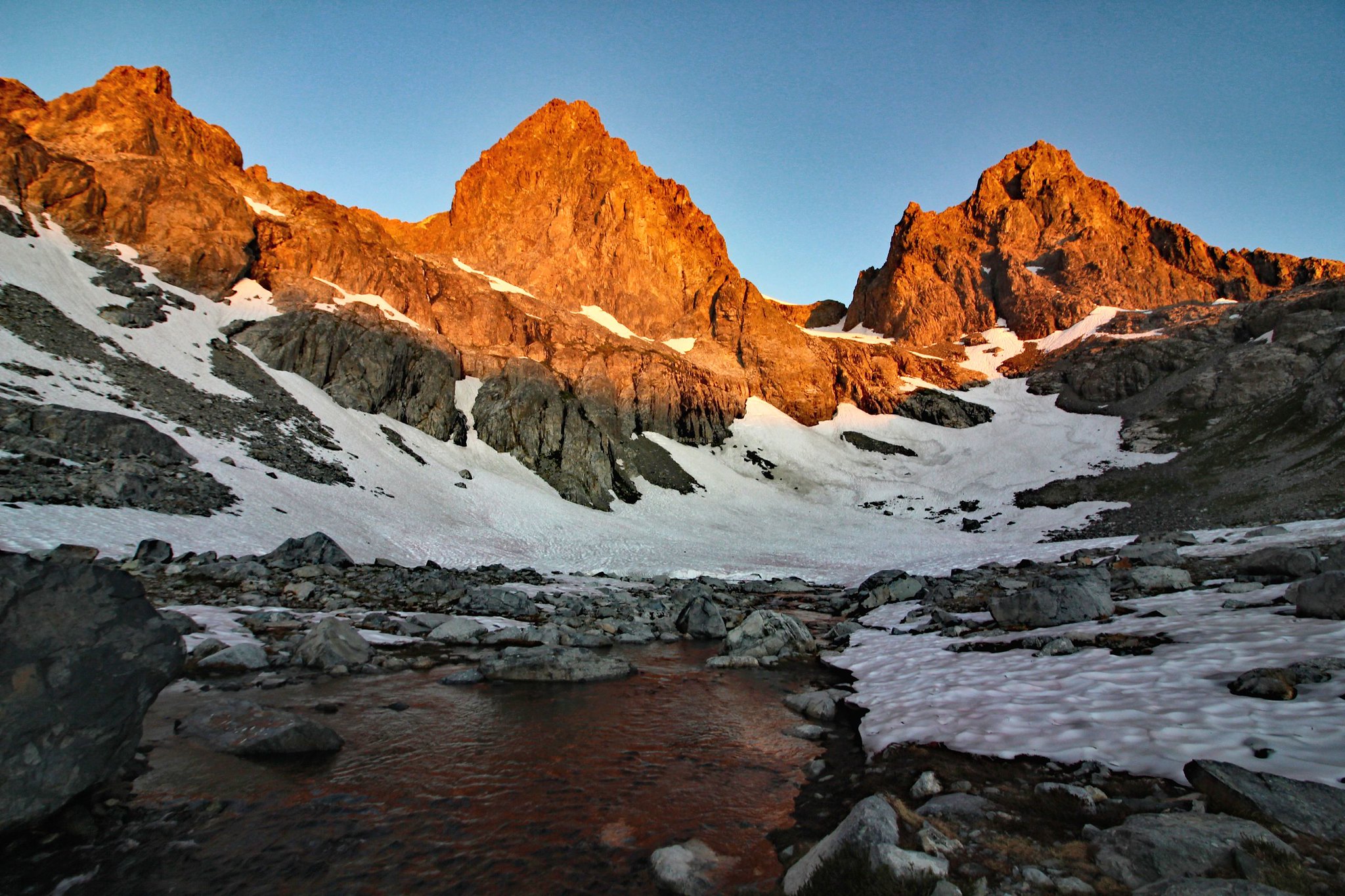 On the last day, we followed the stream down to Ediza Lake but at the lake, instead of my intended south shore route, we accidentally took the north shore route which required a ~quarter mile of climbing over talus. We traveled along Shadow Creek, eventually retracing our steps back to Agnew Meadows. 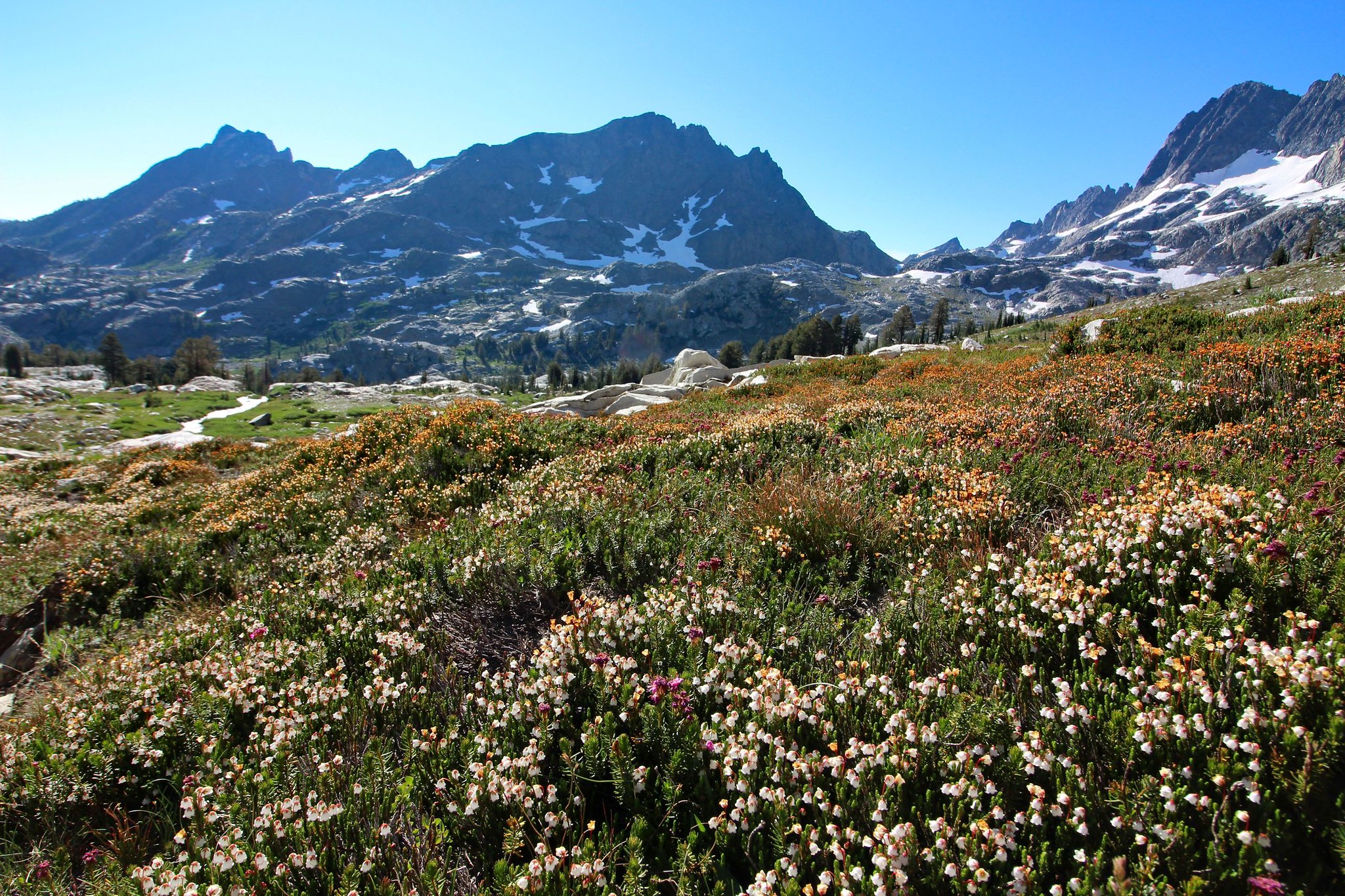 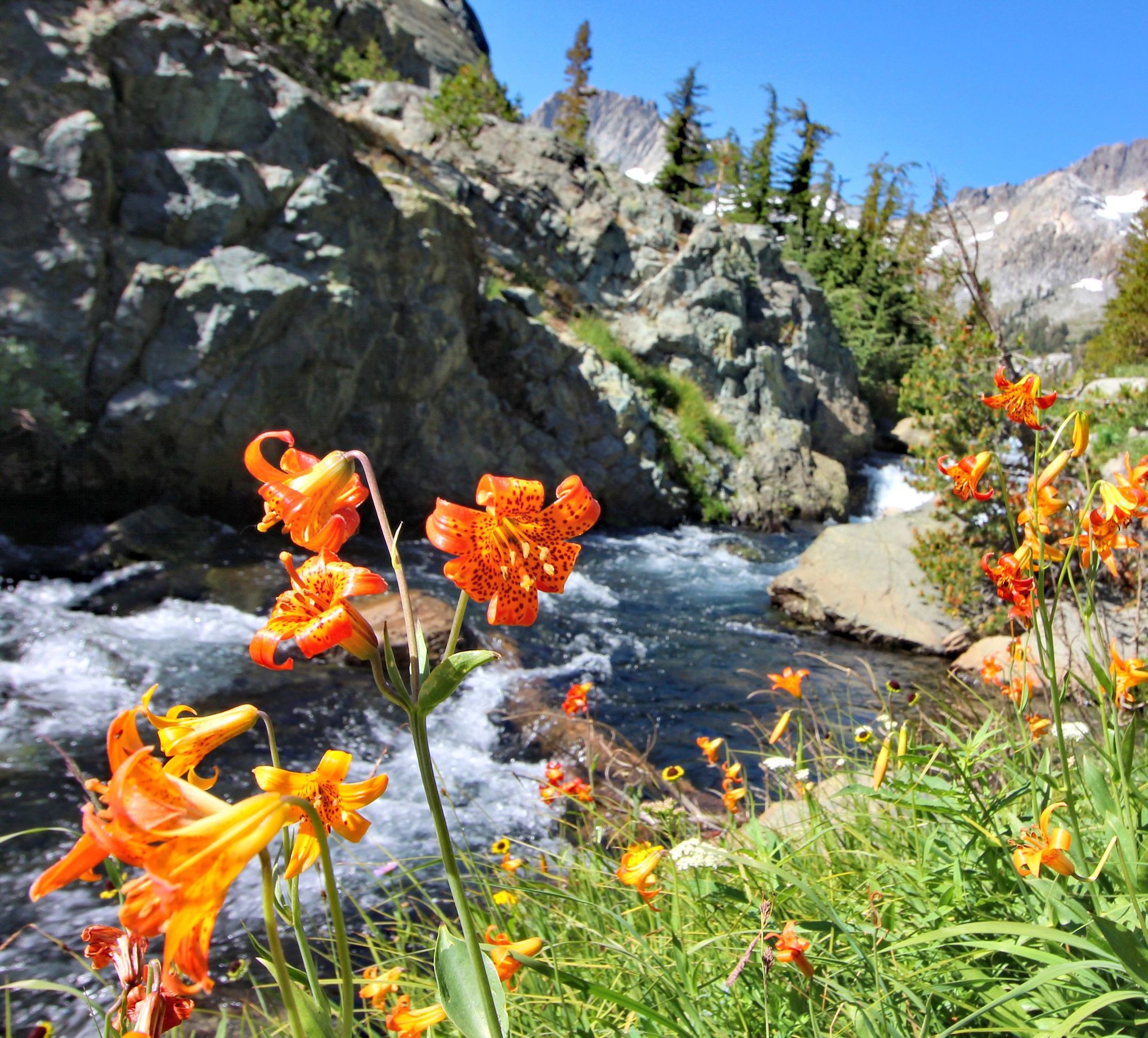 That's a nice area. Great pics, especially the flowers with the lake backgrounds. Thanks for posting
Top

Excellent TR. Thanks for posting.
Top

Thanks for sharing, Michael. Photos and report were topnotch, as usual.
www.sierrahiker.com
Top

So pretty!! I was just there a couple days before you. I liked the white heather the best. Ritter's summit was covered in butterflies. Perfect weather.
Top

Thanks for the detailed account and the splendid pictures! I'm hoping to visit that neck of the woods soon, and now I'm even more excited at the prospect!
Top

Spectacular wildflowers. Thanks for sharing.
Top

Users browsing this forum: Google [Bot], The Other Tom and 4 guests