A forum that'll feed your need for exploring the limitless adventure possibilities found in "other" places. Post trip reports or ask questions about outdoor adventures beyond the Sierra Nevada here.
Post Reply
3 posts • Page 1 of 1

Hey folks. I decided to head over and hit the sand at my typical Central California San Simeon surf fishing go to spots, but with all the rain my go to spots were turbid, washed out, and not looking too fishy.
I headed down to Morro Bay with the idea of catching some bait, and then heading out to a cove I knew that had produced some good perch and rock fish in the past. I fished the south T=Pier for about 1.5 hours with nada. Not even a bump. I went into Tognazinni's to have a bite to eat and ran into a fishing friend from the area. He told me my next location was a bust as well, but something told me to keep at it.
A while back, this same person told me of a beautiful beach a bit to the north in southern Big Sur. I asked and he said it would likely be better as the creek entering didn’t have as much flow. What the heck. I decided to head north to Big Sur and check it out. Well, my friend was spot on. The creek was flowing at a much loewer volume and was fairly clear. The end result is shown below. Sand Dollar Beach. What an absolutely gorgeous spot, but in its winter attire it had very little sand. 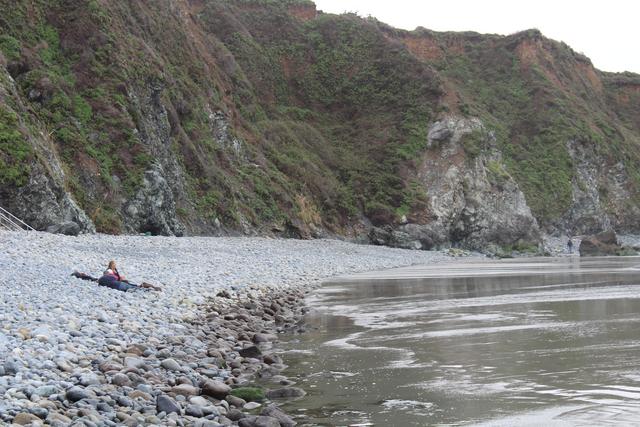 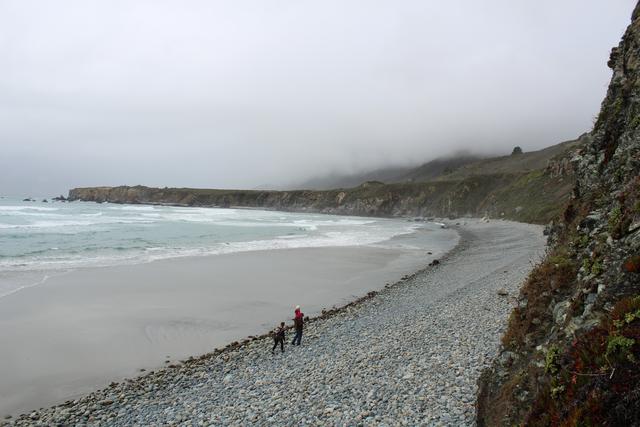 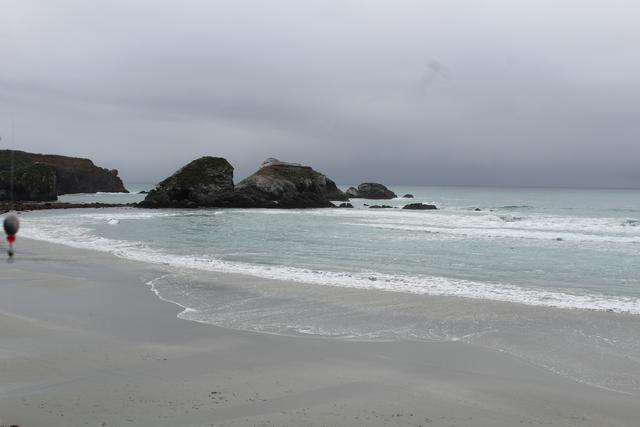 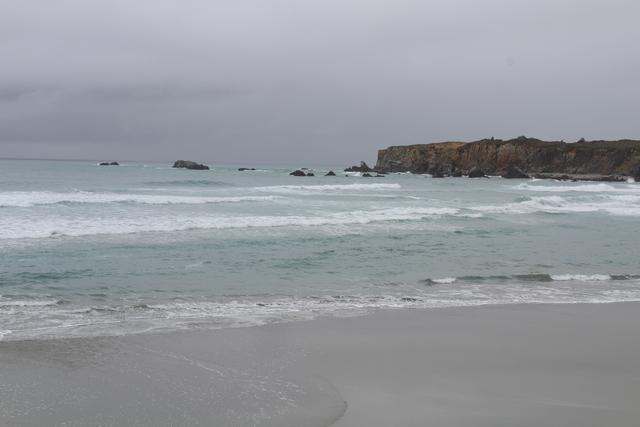 I’m not sure the pics are showing, but while wet, it was absolutely gorgeous. A lonesome beach with some cool surfers willing to chat with an old fisherman (and gave me some tips on the structure) and one heck of a trough right out front of me. My setup was a 8.5' Ugly Stick steelhead rod matched with an Okuma Ceymar C40 with 10 lb main line. I used a c-rig with 8 lb fluoro leader and either Gulp SW's in camo and bloody as well as sand crabs. There were tons on sand crabs on the exposed sand flats, but most were larger than I wanted. It even held quite a few of these. 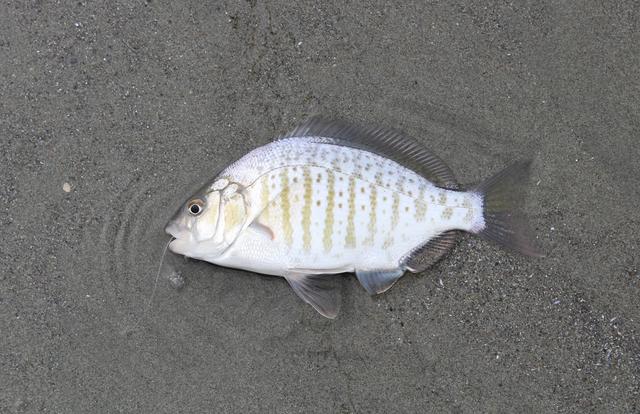 The Barred surf perch weren't huge with my best going about 9 to 10", but I got about 10 in about an hour before I hid from a down pour with my new buds. 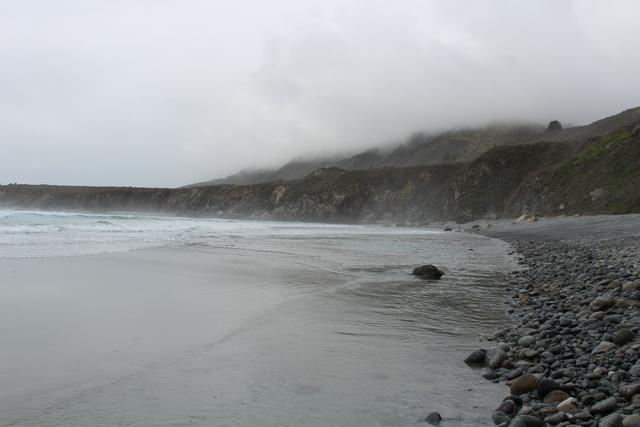 It slowed down and I got back at it and a school of these made a showing. 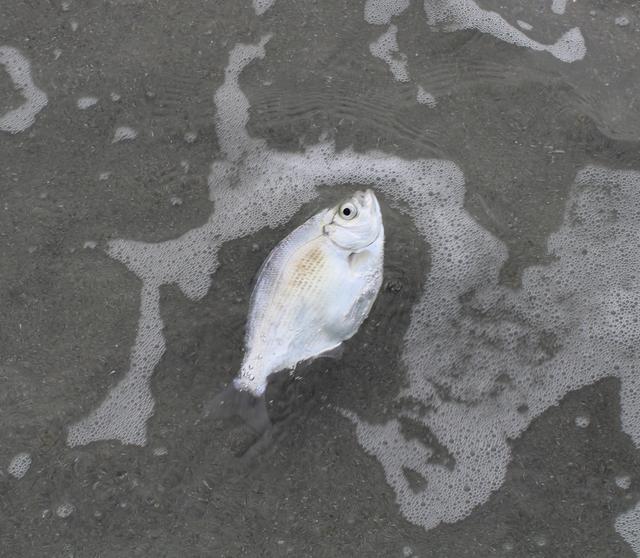 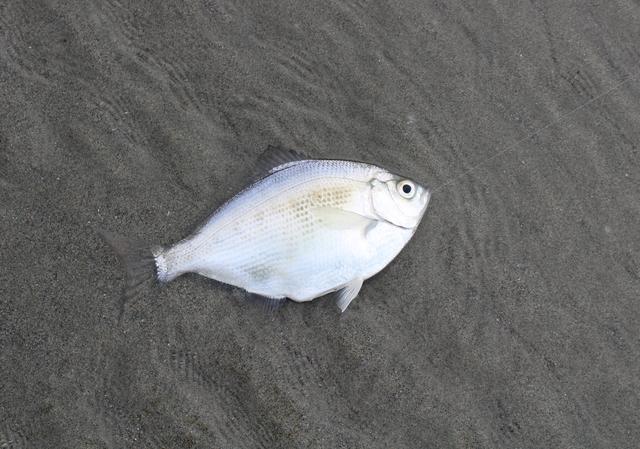 Alas, the day was running out and I still had to trek 3 hours back to home. I ended up catching about 16 perchies in an absolutely gorgeous setting. Nothing huge, but a good bite none the less. I picked up my gear, wished my new friends well, and nodded a good bye for now to the beach, but it knows that I will return. What a great day to be alive. 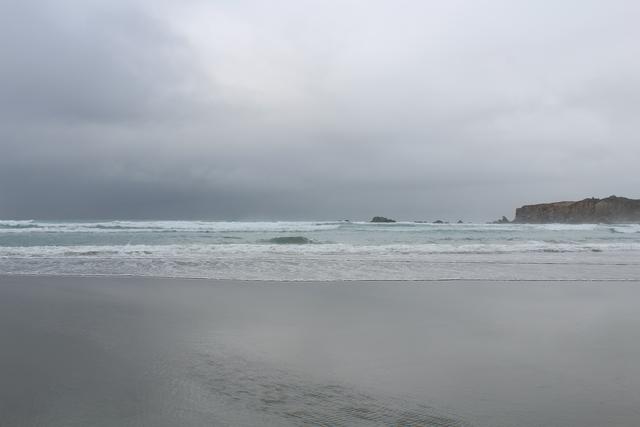 Thanks for the vine, and here's to good catching and adventures.

Once in a while you can get shown the light
In the strangest places if you look at it right.

Way to capitalize on the off-season!!
Top

Troutdog, Nice job. This reminds me that after the bomber 2017 saltwater season that my son and I didn't have much success in 2018 and didn't get out as much and we've been out only once (or is it twice) in 2019 and skunked both times. This past week I was on a team doing some video and other camera work for an electronic field trip guide (essentially a Bay Area geology field trip ap) and this brought me to some coastal spots I haven't been to before that looked like promising fishing spots. During the course of this I visited two of my go-to spots but without gear. The jetties of Half Moon Bay were getting creamed by the surf a few days ago when I was in the area. Yesterday I was at another favorite in the Marin Headlands and was shocked to see zero fisherfolks there. Even for a weekday I've never seen that. Perhaps it's all the cold and wet weather we've been having up here. Thanks for the post. It is a prod to try to hit a hole in the weather and get out to the coast (I've been using many spare days going geologic mapping of Mt Diablo instead).
Since my fishing (etc.) website is still down, you can be distracted by geology stuff at: http://www.fresnostate.edu/csm/ees/facu ... ayshi.html" onclick="window.open(this.href);return false;
Top
Post Reply
3 posts • Page 1 of 1