Hiking in town during "social distancing"

A forum that'll feed your need for exploring the limitless adventure possibilities found in "other" places. Post trip reports or ask questions about outdoor adventures beyond the Sierra Nevada here.
Post Reply
32 posts

Thank you, W.D. - for this AND the “old” trip report you posted. Appreciate you giving us SOMETHING nice to look at!

I live in a dense urban zone with considerable shopping districts mixed with residential and older business areas. There are parks and green zones along creeks. As always, many dog owners out walking their local neighborhoods and occasional joggers and bicyclists. However considering our large populations, not too many people are actually "walking" streets like I do. Very easy to maintain 6 foot distances even at a local small downtown shopping district where most businesses are shut down. It is beautiful outside in these areas now with lots of spring flowers and greenery gracing residences and generally all looking fresh and clean given the recent rains. Also note I am not wearing a mask when outdoors, only when going into stores. There are some now calling for everyone to wear masks once leaving their residences, even to jog or bicycle, that is of course nonsense reflecting a lack of common sense understanding, basic science, and ignorance.

Much of that is because the majority of people have never done so and instead driven their vehicles even to go short distances like 2 blocks. Like those walking streets are only supposed to be the poor or homeless haha. In like ways, the car-centric majority have never taken a ride on any of our buses or light rail despite a considerable public transportation system. For years I've been walking to stores within about a mile as long as I have the time and don't have to carry much. Regularly walk 2 blocks to a Walgreens or 3 blocks to a Home Depot or a mile to church.

Interestingly, it is true there has been a significant increase in those walking our creek greenbelt paved trails or visiting our parks. A bit more traffic there, especially bicyclists however the majority of people are keeping adequate distances. And note 6 feet is a vague recommendation so people need to use common sense. Over the last couple years, I've also been increasingly street walking in San Francisco as that is much more fascinating while noting I've not done so since this pandemic began as any dense cities play the social distancing game at a different level.
http://www.davidsenesac.com
Top

With so little driving, our air quality here has been great. Being a bit breezy helps too. This is the time of year that I usually go over to Henry Coe, but the weather and flowers are great here too. Even my back yard is pretty; I suppose I could camp there.

Has the air quality in the Bay Area been good too?
Top

Walking around only my neighborhood was getting a little old, so I went back to my old neighborhood for a change of scenery.
I saw lots of spring flowers: 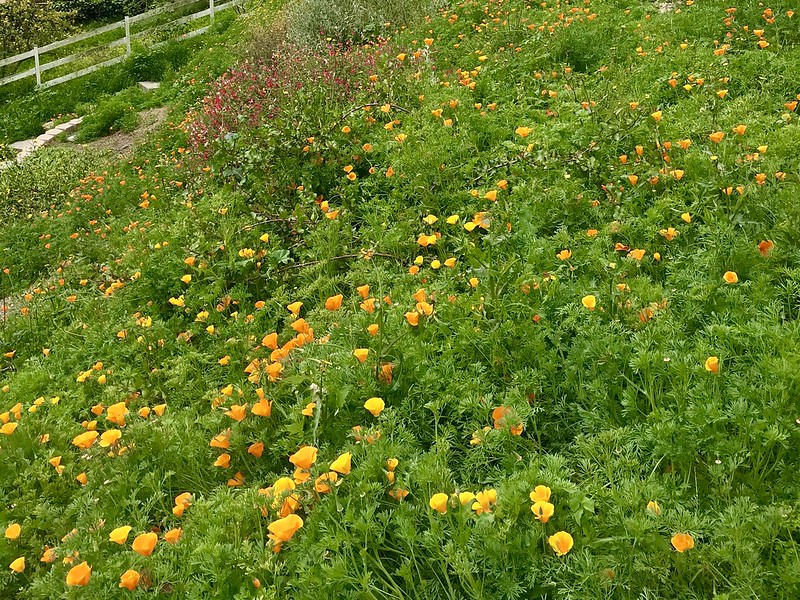 
… and various critters, including this handsome specimen: 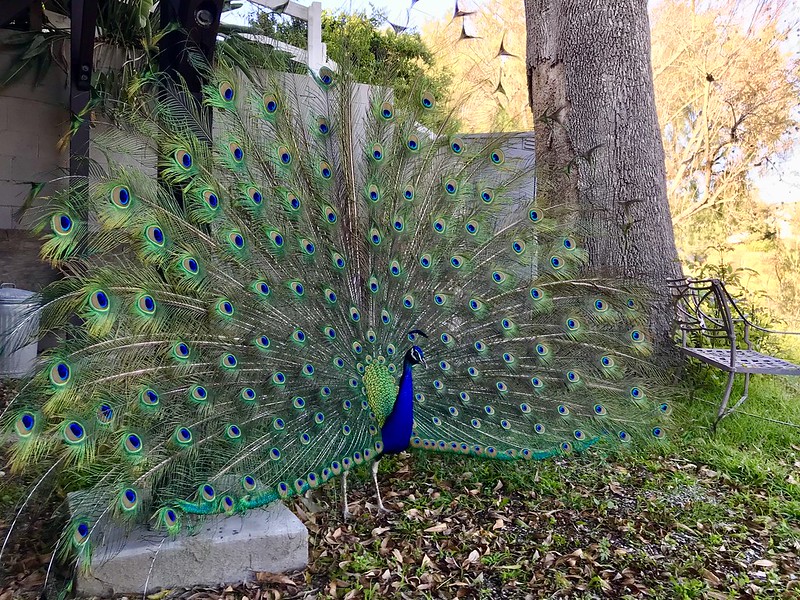 Spring is in the air !

Yeah, maybe this is a silly post, but there's not a lot going on right now, so just venturing more than a few blocks from my house seems like a treat.
Top

How beautiful! I love spring here! My friend from Bozeman MT. just sent me a picture of his "social distancing" hike. Still beautiful, but I am glad to be in a warmer climate for this "lock-down". (Sorry but I do not know why it is shows the wrong direction.)

IMG_1078.jpg
You must be registered and logged in to view the files/photos attached to this post.
Top

SSSdave wrote: ↑
Sun Apr 12, 2020 2:59 pm
Over the last couple years, I've also been increasingly street walking in San Francisco as that is much more fascinating.

And profitable, I would assume. Just make sure to wrap up.

In this time when people are confined to “shelter in place,” I am fortunate to live in a valley surrounded by open space. To the east, Loma Alta and White Hill Open Spaces define one end of San Geronimo Valley. To the south. Gary Giacomini Open Space runs along the ridge from White Hill to Samuel P. Taylor State Park. Beyond the Giacomini Open Space is the vast land of the Marin County Municipal Water District (MMWD), a near-wilderness criss-crossed by only fire roads until Mt. Tamalpais State Park.

The north portion of San Geronimo Valley contains three separate Open Space preserves, along with the hundreds of acres of the former San Geronimo golf course. When the golf course went up for sale in 2017, it was purchased by the Trust for Public Land (TPL). In what would make a hilarious comic novel, there was a possible sale to Marin County, a lawsuit, and finally a county-wide ballot initiative that ultimately resulted in TPL still owning the land. TPL opened it to the public for hiking, biking, and even fishing. Due to its easy access and relatively level location, the former golf course has become a well-used sanctuary for Valley individuals and families.

All of this open land is within a quarter to half mile of my house. I jog every morning on the golf course and my wife and I take a walk every evening up to the little waterfall that descends from the Giacomini Open Space or wander around the golf course. During the day, I can climb the thousand foot ridge in Giacomini Open Space to MMWD land, hike to Roys Redwoods Open Space (where the Ewok movies were shot in the 1980s) or up the ridge of Maurice Thorner Open Space that I see from my front yard.

The following series of photos were taken while “sheltering-in-place” in San Geronimo Valley. This spring, with the green hills and wildflowers, it has been especially lovely. I feel extremely lucky to live here.

Morning, trees, hills, former golf course. Sir Francis Drake Bouelevard runs across the middle of the photo where the grass glows in the morning light.

Pond-trees-reflection-1-1.jpg
Hunt Camp Fire Road, Gary Giacomini Open Space. For many years, this was private land where in the autumn hunters would camp, hence the name of the fire road when it became public open space.

Bushes-hills-clouds-east-1-1.jpg
Bushes, former San Geronimo golf course, and the hills above the “back nine.”

GC-hills-bush-north-1.jpg
Continued next post
You must be registered and logged in to view the files/photos attached to this post.
Last edited by LMBSGV on Mon May 04, 2020 1:25 pm, edited 1 time in total.
I don’t need a goal destination. I need a destination that meets my goals.

Sunset-west-1-1.jpg
You must be registered and logged in to view the files/photos attached to this post.
I don’t need a goal destination. I need a destination that meets my goals.