Use this forum to stay informed on missing persons alerts, active SAR's and unfortunate hiker accidents we can all hopefully learn from. Any information you may have on a missing person, including first hand weather related information or any other insight (however little) may prove to be critical information to Law Enforcement / SAR in locating the person in question.
Post Reply
81 posts

Our friend was out in the Mammoth Lake area for the past few weeks and hasn't been in contact with anyone since July 16th. If anyone has been hiking/climbing in the area and ran into Matt, please contact the ML police below. His photo is in the link below. Thanks and please forward to others who may have been in the area.

Anyone with information about the whereabouts of Matthew Greene is requested to contact the Mammoth Lakes Police Department at (760) 934-2011 or the Mono County Sheriff’s Office at (760) 932-7549 X7.

I heard back from the PD in another message about some of the gear that was left in his car. It's not extremely detailed, but may be helpful. Most importantly, it sounds like his large backpack was not there, he had his crampons with him, and possibly some climbing equipment. He has one ice axe with him. In taking his crampons, it's possible that he may have planned to be on some snow or ice. I'm trying to find out what camping gear he may have had with him too. I know he has a bivy tent in addition to a larger tent for the campsite. It sounds like the larger tent was left behind, but I don't know about the bivy tent.

If he was planning on a simple day hike, I think he would have left his larger backpack behind and took a day/summit pack with him. It's also possible that he may have stashed his larger pack somewhere if doing a peak and just carried with him his small summit pack and technical tools. I have seen two references in other forums to Mt. Lyell, but again, nothing has been confirmed. Any sections in that area that would have required or suggested the need for crampons?

Also, For anyone that has knowledge about Mt. Lyell and the area, is it conceivable to decide to peak Mt. Lyell and then plan to hike back to Mammoth Lake? From the aerial maps, it looks possible, but fairly technical in some areas. This is all just speculation on my end, but knowing Matt, and knowing that he had several days to wait for his car to be fixed, I could see him considering this as an option.

Finally, Matt almost always signs logs at trail heads, so please check them if you're in the area. Confirmation of location will help in initiating a search by S&R.

If anyone knows someone who took the shuttle from Mammoth Lake to the meadows on the 16th or 17th, please share this info with them.

In talking with Matt's Friends who were last with him and are communicating with local authorities, they feel strongly that he either attempted Mt Lyell from Tuolumne or Mt. Banner/Ritter in Mammoth Lakes on July 17th. They went through his car and gear and based off of past conversations with Matt, agree that one of these areas were likely scenarios for him. They are leaning more toward Mt. Lyell.

Search and Rescue can't initiate a search without more concrete information on where he may have gone. Until that happens or until S&R makes the decision to go anyway, the hope is that some locals or others in the area could head out this weekend and search these two mountains. If anyone is able to do that, please let me know. I'm not sure if anything formal can get established between now and then (I and several of his friends are on the East coast), but just having people out there walking these areas would be extremely useful.

Welcome to HST!
Moved your post into this section since many folks here have been out in the
Mammoth/Tuolumne area on backpacking trips and may have some info.
Couple of questions:
1. Was there a wilderness permit filled out by Matthew, this would narrow down
the areas for the search.
2. Is he used to doing long day hikes to climbing destinations?
3. Did you guys check out his computer history to see if he had collected any info
about routes on any particular peaks?
4. How many days did he pre-pay for at the campground?
Professional Sierra Landscape Photographer

Hi and thanks for the help. I don't know if he filled out a permit, but thinking not. I will ask that question to other looking into this. As for his experience- yes. Matt was extremely experienced at this type of outing. As for his computer- Matt spent most of his summers traveling out west climbing and hiking, so there is no active computer searches to look at. The most recent conversations that he had with friends suggested he was considering Lyell or Banner/Ritter. People are leaning toward Lyell as the most likely scenario.

I really appreciate you helping to spread the word. If he was out there, somebody must have run into him at some point. I'm happy to share anything else that I know.

How long was he planning to stay in Mammoth?
Knowing whether he took his bivy makes a big difference? Did he carry a bear canister?
If he considered doing Lyell he may have planned to come back via Donohue Pass, check
the wilderness permit office at Tuolumne Meadows.
Professional Sierra Landscape Photographer

Here's the picture of Matt from the link above: 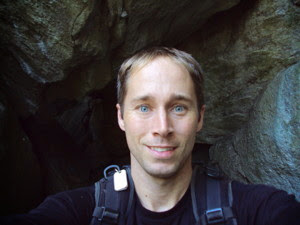 I figured I'd make it a bit easier for people to see his face to increase the chances of someone IDing him.
I'm still rather convinced that you can achieve more than you've ever dreamed of if you just lower your standards.
Top

Here is the relevant map of Lyell, for those who are also considering whether they will be in the area: HST Map

Unfortunately, I will not (will be just south of Mammoth) though I'll keep an eye out anyway.

Posted on the two Whitney Forums, and Yosemite Forum, noticed you all have posted
on SuperTopo, Mammothmountain, and SummitPost already.
Professional Sierra Landscape Photographer

The wilderness office was check and no permits registered. Also, I am trying to find out about his bivy gear, but do not know for sure. As soon as I find out, I'll post. Also, thanks for sharing on other sites. I really appreciate the great community of folks willing to help out and share info.

Some additional info, which doesn't provide a lot of info, but he was paying for his campsite day to day knowing that his car would be fixed very soon. Also, they checked the library across the street from the campground, but they delete the internet data every night.

It was on the radio today to alert anyone going into the area.
I'm no suture for my future.
Top
Post Reply
81 posts