A forum that'll feed your need for exploring the limitless adventure possibilities found in "other" places. Post trip reports or ask questions about outdoor adventures beyond the Sierra Nevada here.
Post Reply
2 posts • Page 1 of 1

I usually backpack the Sierra once a year, sometimes squeeze in a second outing. This year, things just got out of hand over the summer with an early vacation and then everything else seemingly conspiring against my typical 2-3 night backpack/fishing trip to the rarefied air of the High Sierra. Not to be deterred, I began asking about what/where we might find pleasant conditions in the end of October.

We waited until weather reports solidified, but between balancing the likely low temperatures of the sierra, an aversion to long drives for short trips, and our cousin joining my Brother in Law and I for his first ever back country trip - well we decided to do something quite different from our normal: Hike in, fish, explore, hike out routine.

We decided on a local backcountry trip to visit the San Bernardino ridge... A set of 3 peaks that tower beyond everything else locally, except for San Gorgonio. Three peaks that rise in the distance and I see nearly every morning from home when I walk my kids to school. 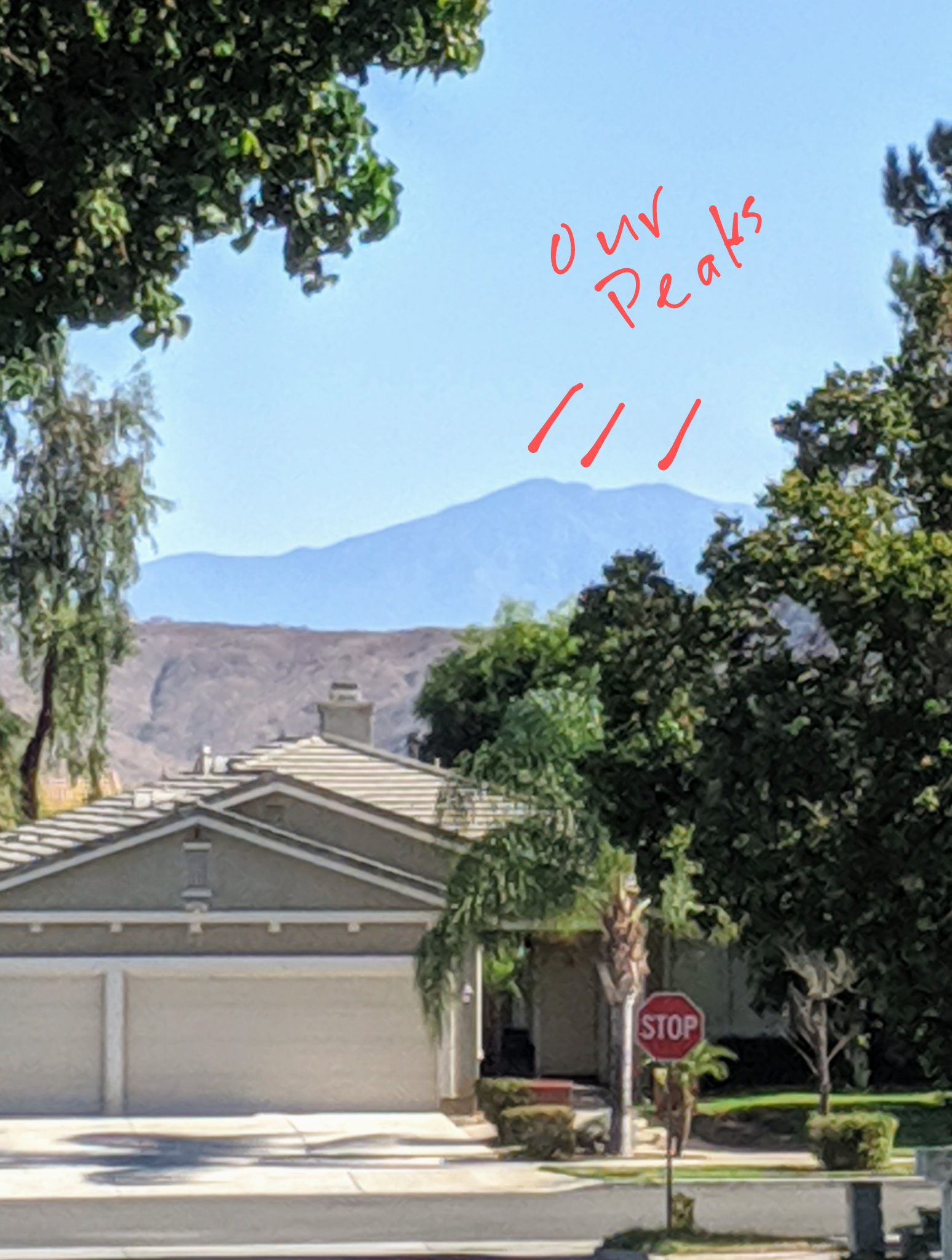 We hit the trail late in the morning and quickly made our way up the short but steep trail, finding our permitted home for the evening near Jackstraw Springs, about 2500ft and 4.3 miles from where we started. 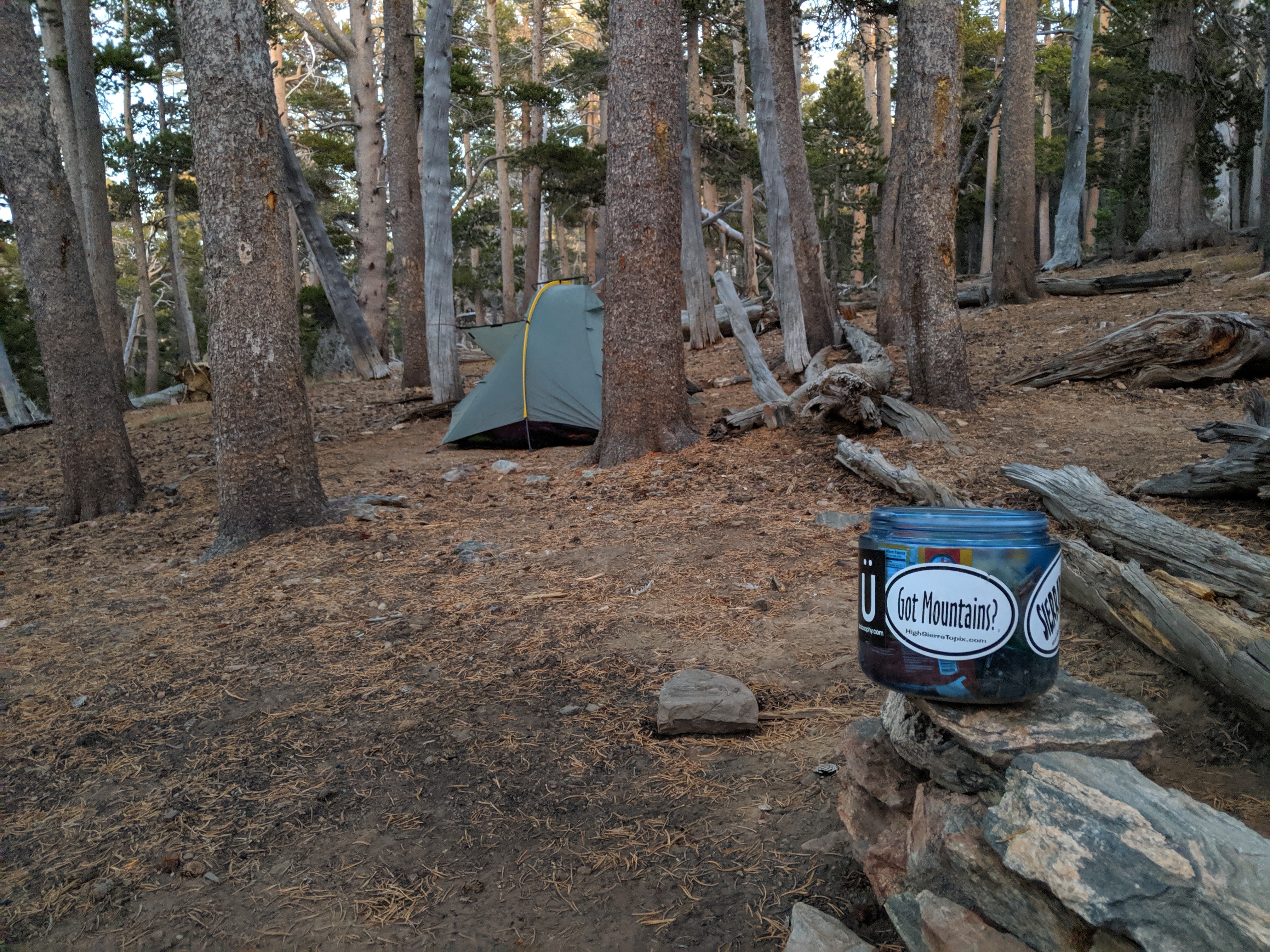 We set camp, collected and filtered water to supply us for the evening, then decided to make an out-back trip of about 5.8 miles to Anderson peak, with just a light pack and water, given that we had plenty of time left in the day.

Along the way we saw some great views and made fairly quick work of the Anderson summit, towering some 10,864 above sea level, which would be the high point of our Journey. 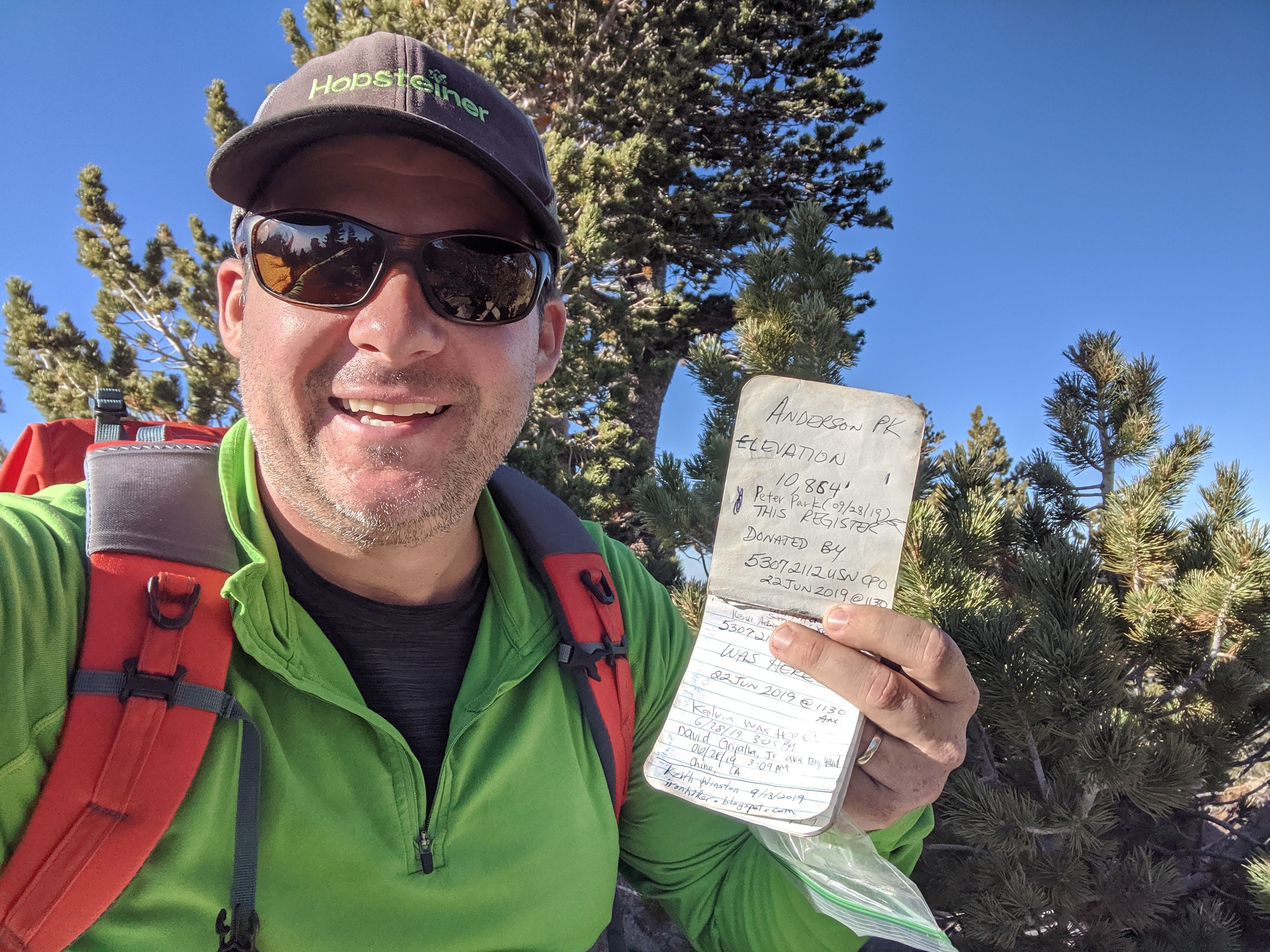 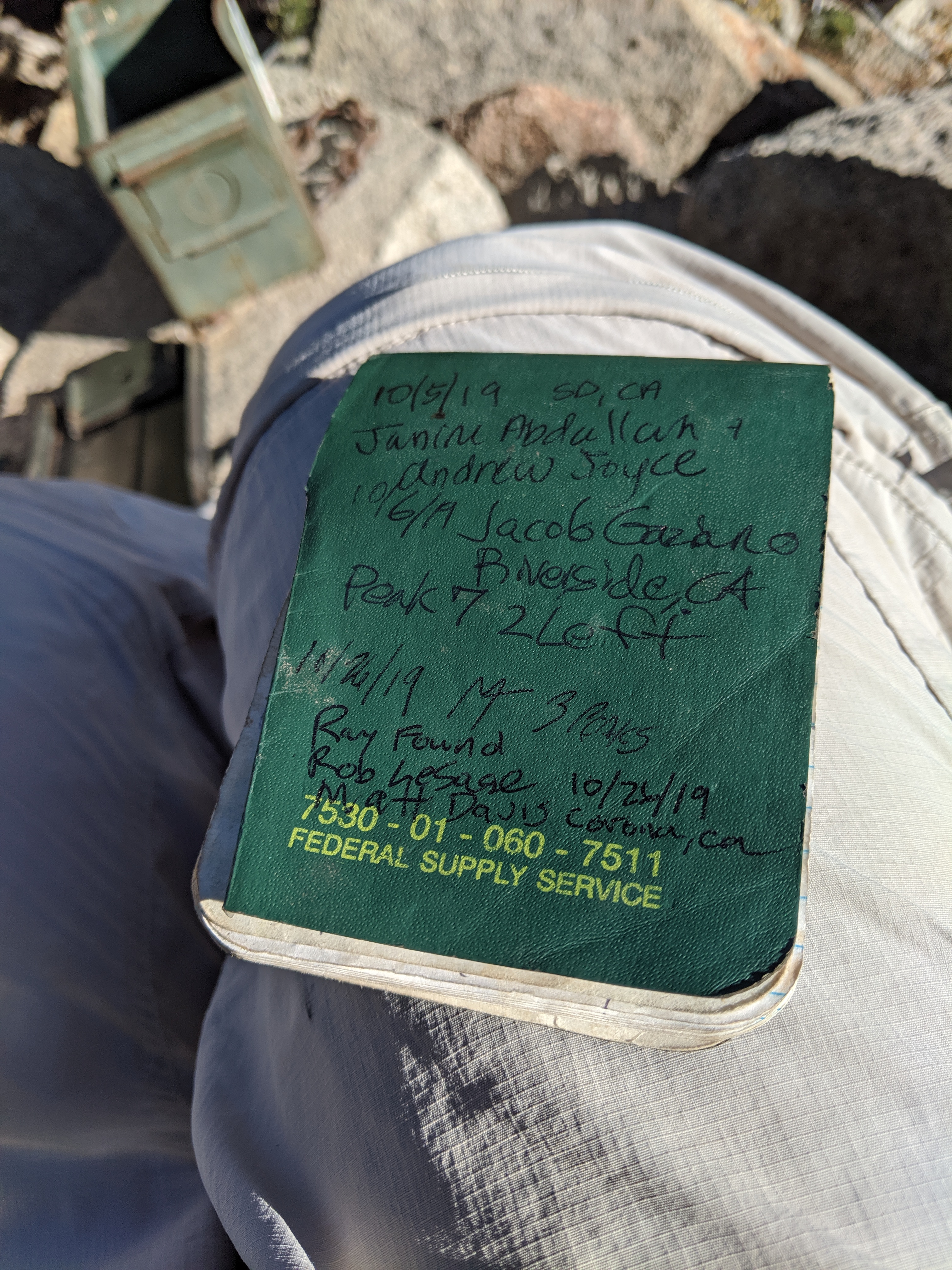 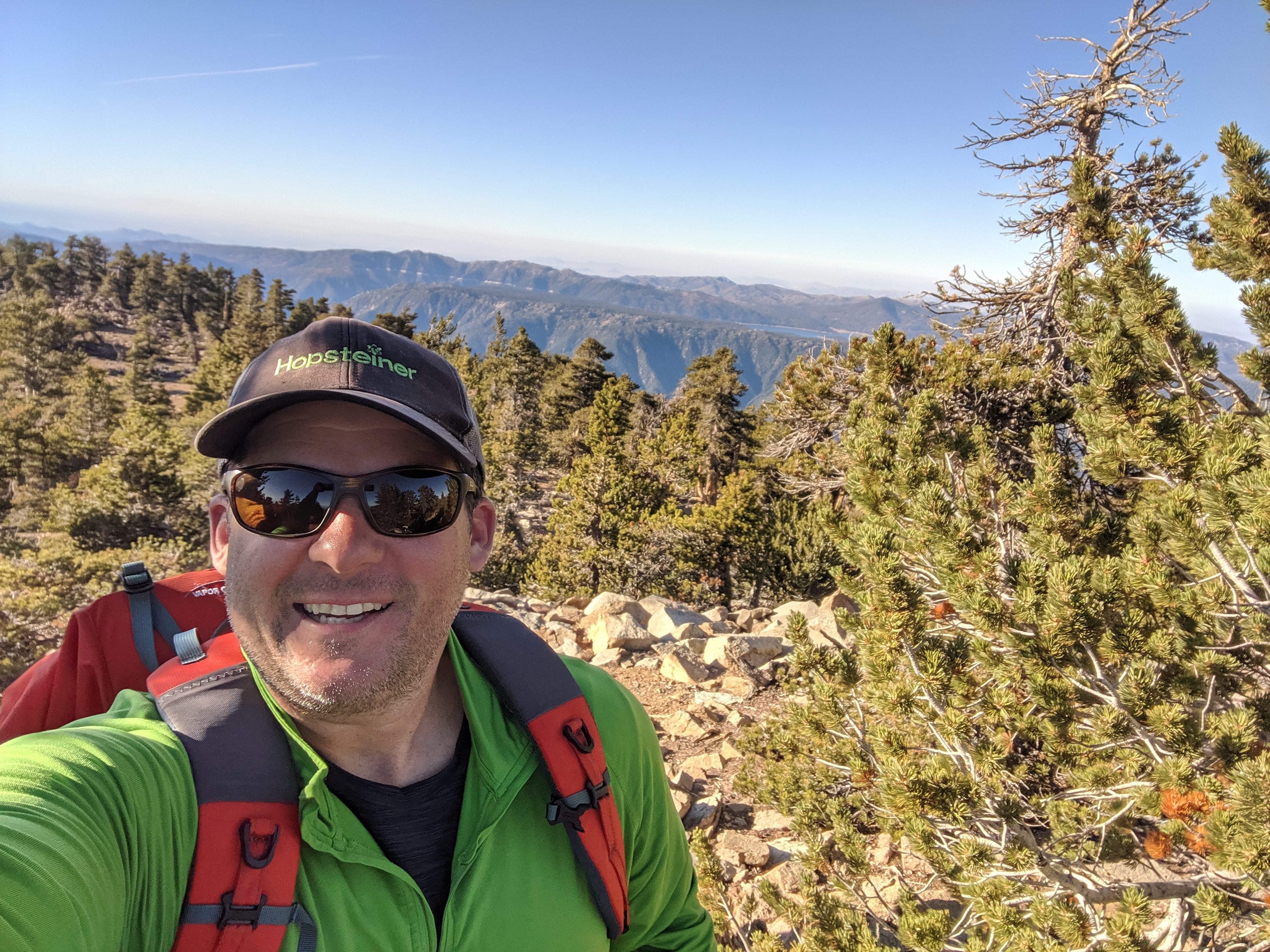 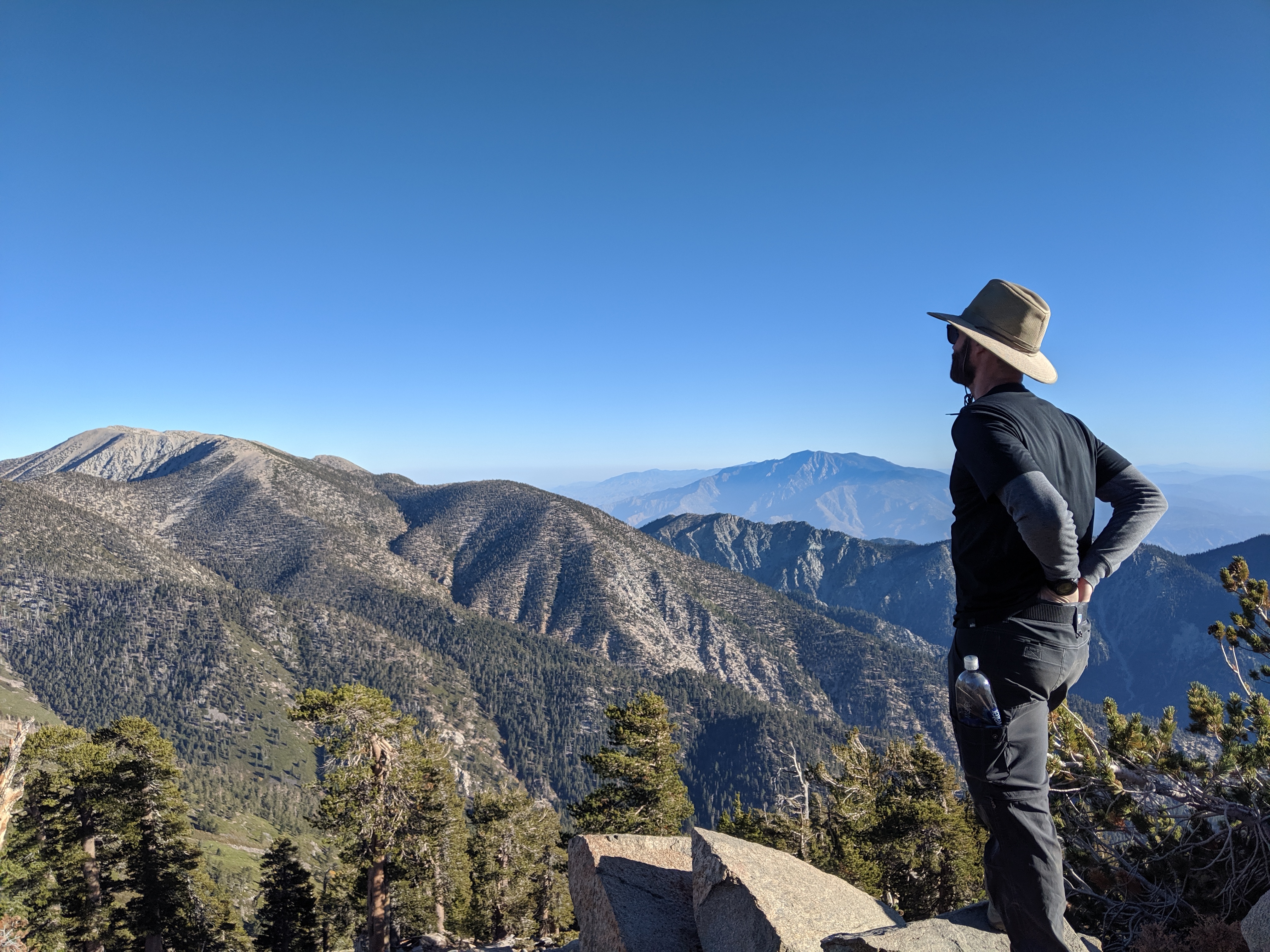 We returned to camp and around midnight we found ourselves in some truly gusty winds (Apparently gusting to 55mph per weather.gov, which seems completely plausible), which made for a somewhat restless night. The next morning we got moving, eventually and retraced our path most of the way to Anderson summit, but turning west to trace the ridgeline to the peaks of San Bernardino East, which despite fairly impressive elevation at 10,691, had less impressive views than either Anderson or our final, San Bernardino Peak. And the ammo can at the summit was empty. 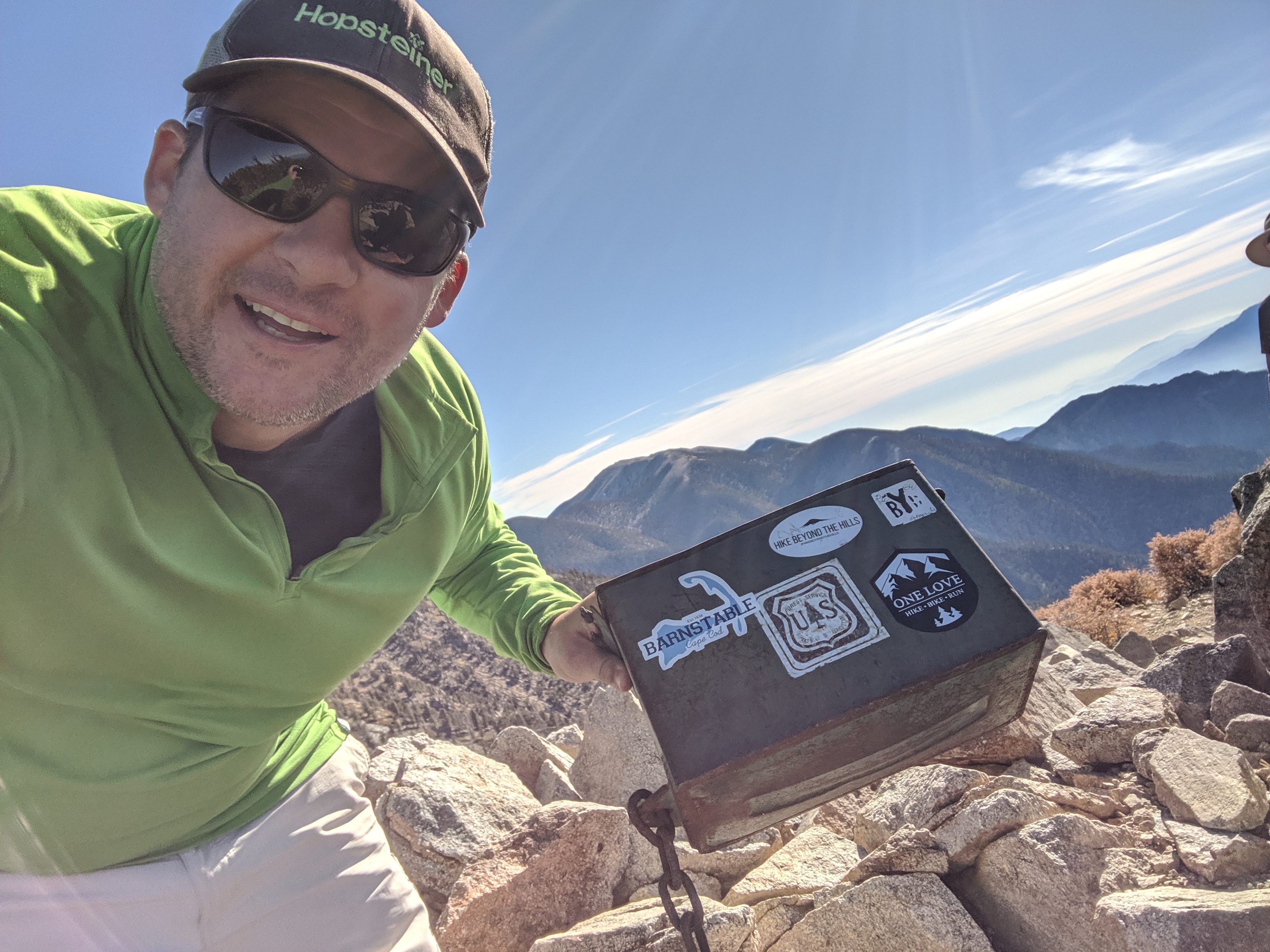 Finally, we summited San Bernarino at 10,649ft, and made plans, next stop: Hangar 24 Brewing. 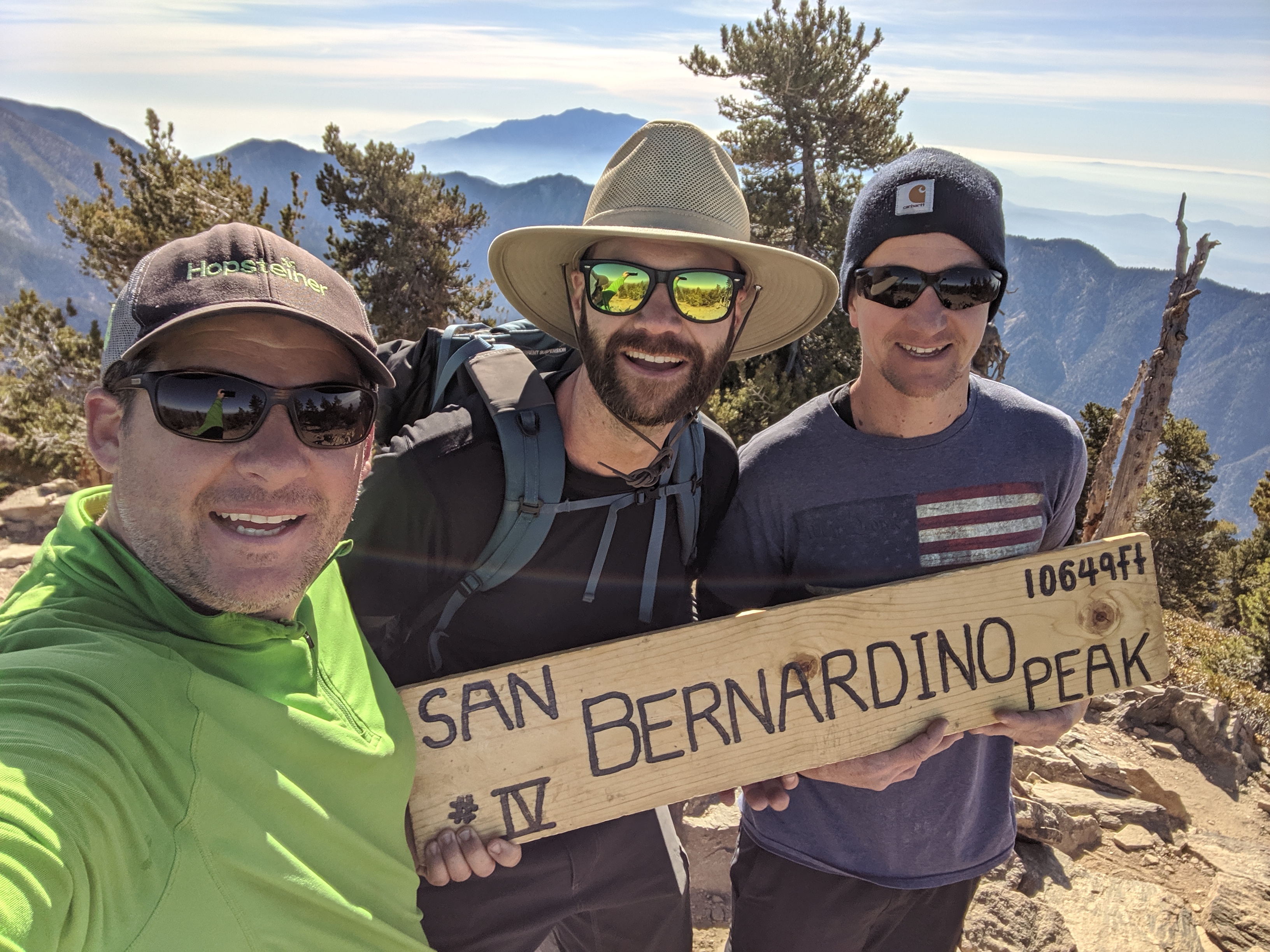 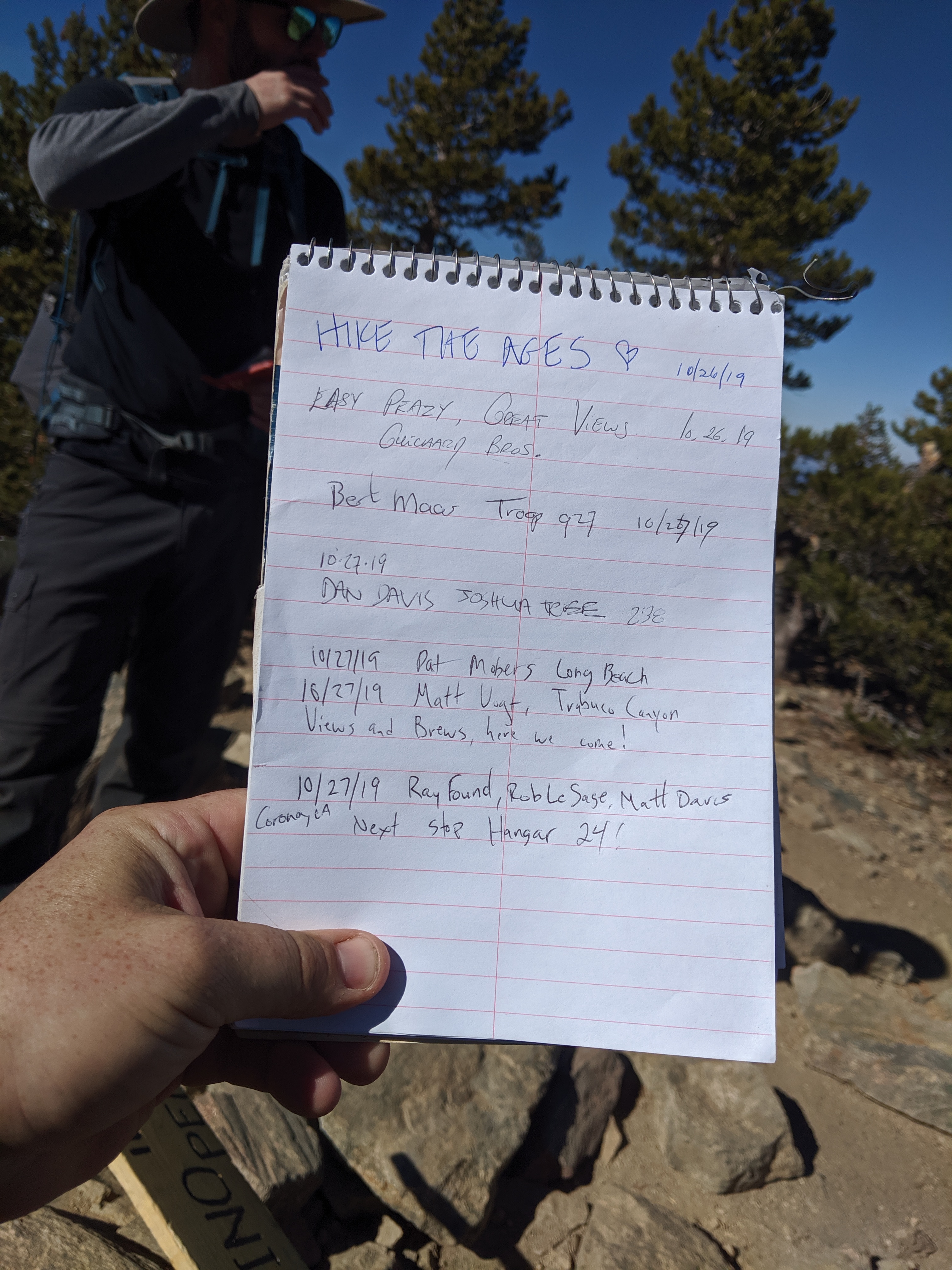 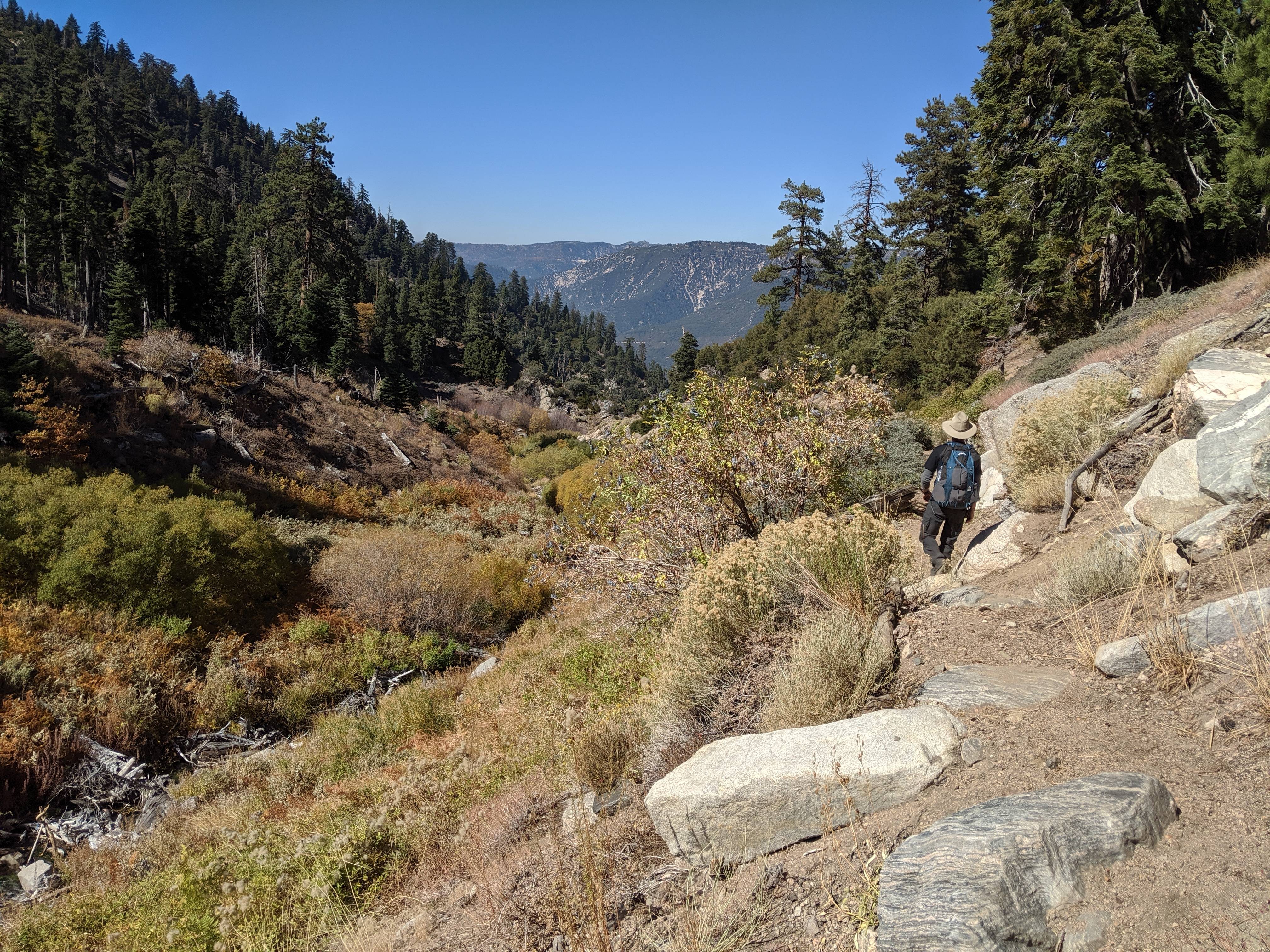 And almost exactly 4 hours later, we sat on the patio, delicious cold beer in hand, and admired what, from our vantage point, appears as the tallest point of land visible***... San Bernardino Peak just barely recognizable in the soft focus beyond the beverages. 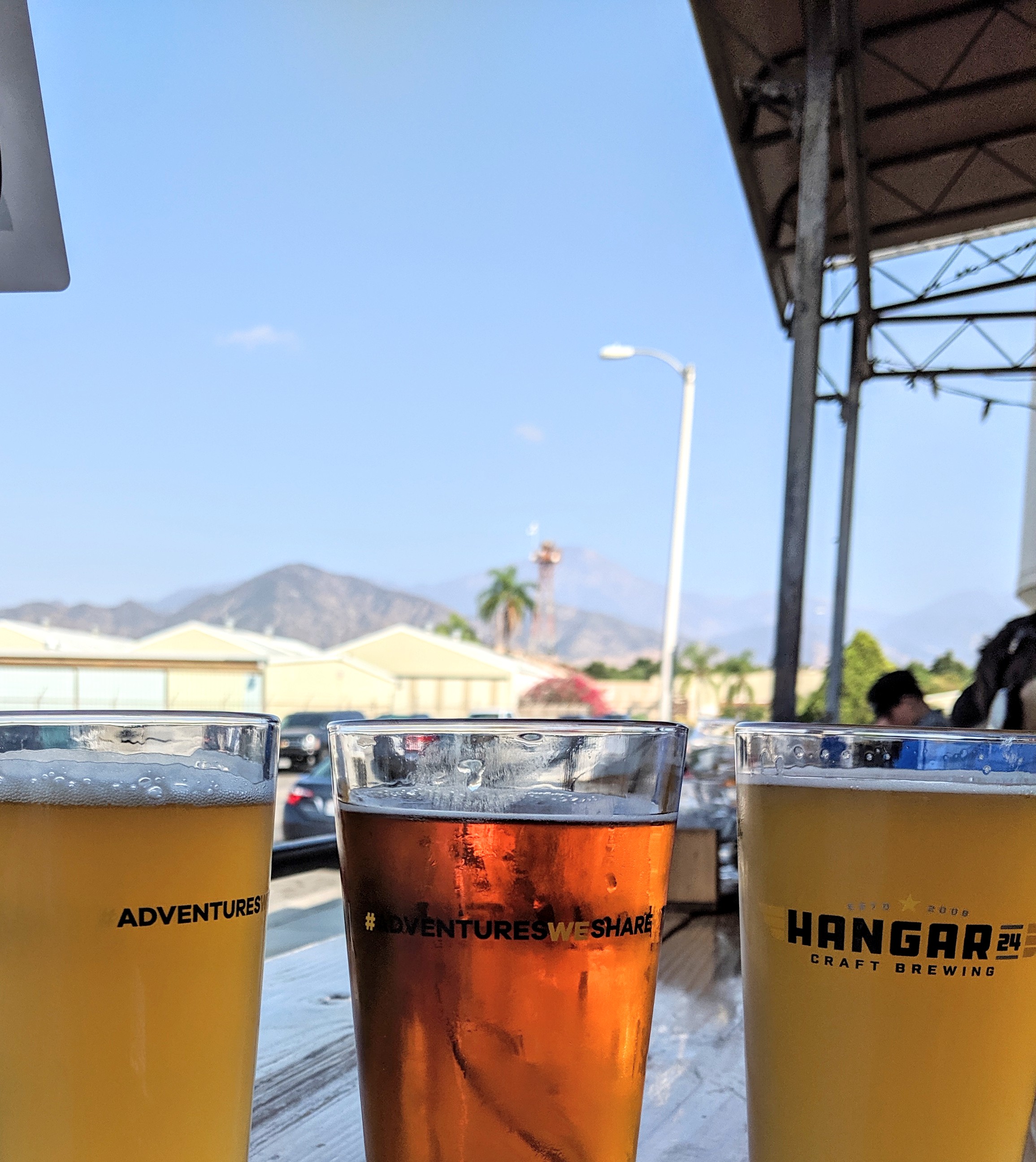 It wasn't the trip that I dream of - that is forever reserved for the high sierra, beyond the treeline where the views are endless and the trout are many. But It was enough to scratch the itch. To get me through to next season, where we promise ourselves, we won't miss the window of opportunity to catch the high sierra at its finest. And at the end of the day, it was a remarkable couple of days, with people I love, in a truly breathtaking wilderness area that sits just on the edge of the endless Southern California urban sprawl.

*** - San Gorgonio was also visible from the brewery, but because of the perspective, it looks lower than San Bernardino ridge.